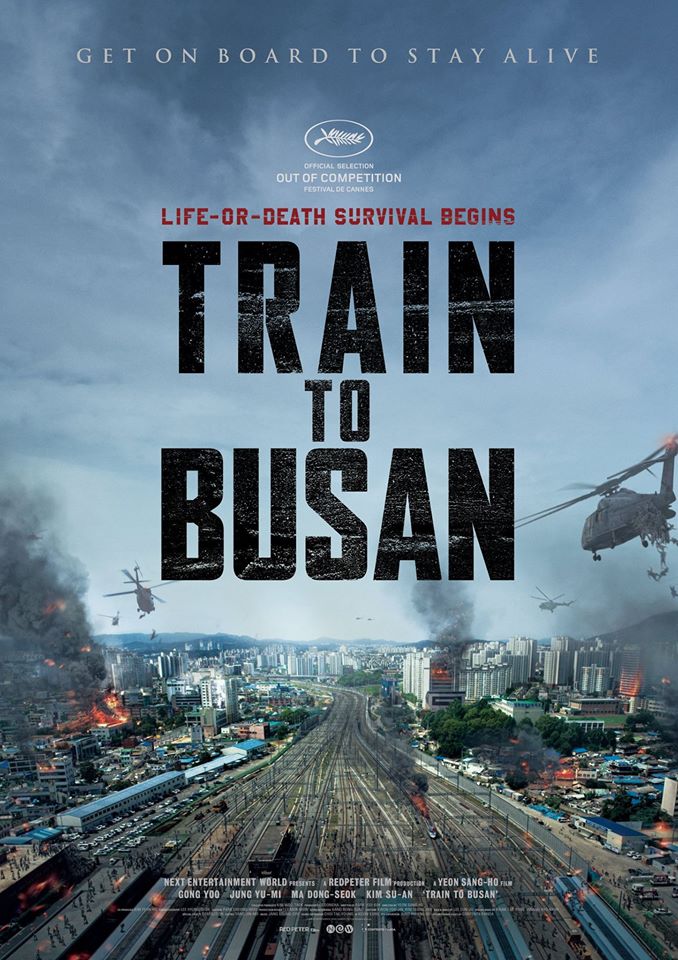 Plot: A father who spends more time with his work than with his daughter honors her birthday wish to visit her mother, and his ex-wife. But boarding the high-speed KTX train turns in to a fight for survival when a zombie outbreak cripples South Korea and an infected passenger soon threatens everyone on board. -- Chris Kavan

A very well-done zombie film that focuses on characters as much as the action. These are World War Z type fast zombies and usually I'm put off by this method, but it works because the film is so claustrophobic. There are no heroes here, no firearms, just people trying to survive as best they can. It's edge-of-your seat fun throughout - and, just a warning, try not to get too attached to anyone.

"Train To Busan" by Yojimbo

The occupants of a passenger train desperately try to reach their destination while the population of the outside world are transformed into flesh eating monsters.

Train To Busan is a South Korean horror film that features more of the rabid humanity style zombies that appeared in the likes of 28 Days Later, the remake of Dawn Of The Dead and World War Z. It is set almost entirely over the period of one train journey which gives the idea a slightly different spin thanks to the single location and lack of weapons which gives it a more claustrophobic and physically brutal aspect â they literally have to fight their way out with their bare hands. This does compromise the atmosphere somewhat however, as the story is set near consistently in broad daylight. Although slightly lacking in …

No posts have been made on this movie yet. Be the first to start talking about Train to Busan ( Busanhaeng )!