All Eyez on Me Movie Information 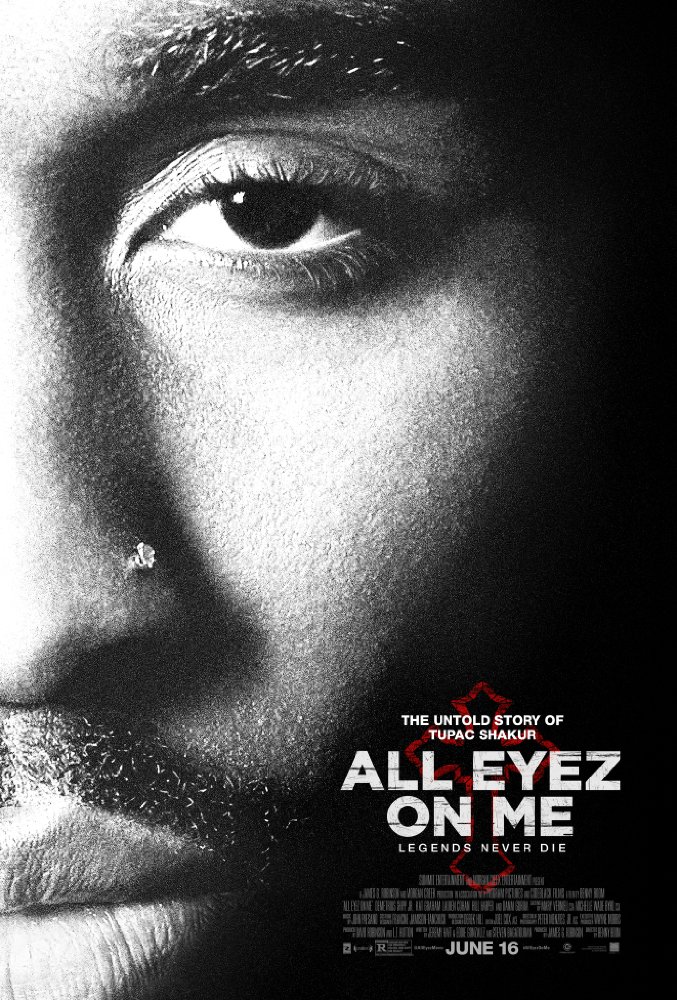 Plot: From the streets of New York City to his rise as one of the most recognized voices in rap to his untimely death at the too-young age of 25, Tupac Shakur, against the odds, used his raw talent and powerful lyrics to influence a generation - an influence that can be still felt today. This is his story. -- Chris Kavan

While it has both a vision and the admiration for its subject, "All Eyez on Me" isn't sure how it wants to tell its story or what it wants to say, causing it to come off as disorganized, heavy-handed, and incoherent.

Tupac Shakur was one of the most dynamic personalities to emerge in popular music in the 1990s. Unfortunately, the movie based off his life, his success, and his ultimate fate is pretty bad. It's well intended and Demetrius Shipp Jr. does such a good job playing Tupac that he is the sole redeeming thing about this long drawn out and pretty dull movie. At two and a half hours, it more than overstays its welcome. It follows a pattern. Tupac faces an unfair or racist situation, he raps about, he feels better. That's it for over 140 minutes and it is not a fascinating means to keep audiences' interest.

No posts have been made on this movie yet. Be the first to start talking about All Eyez on Me!