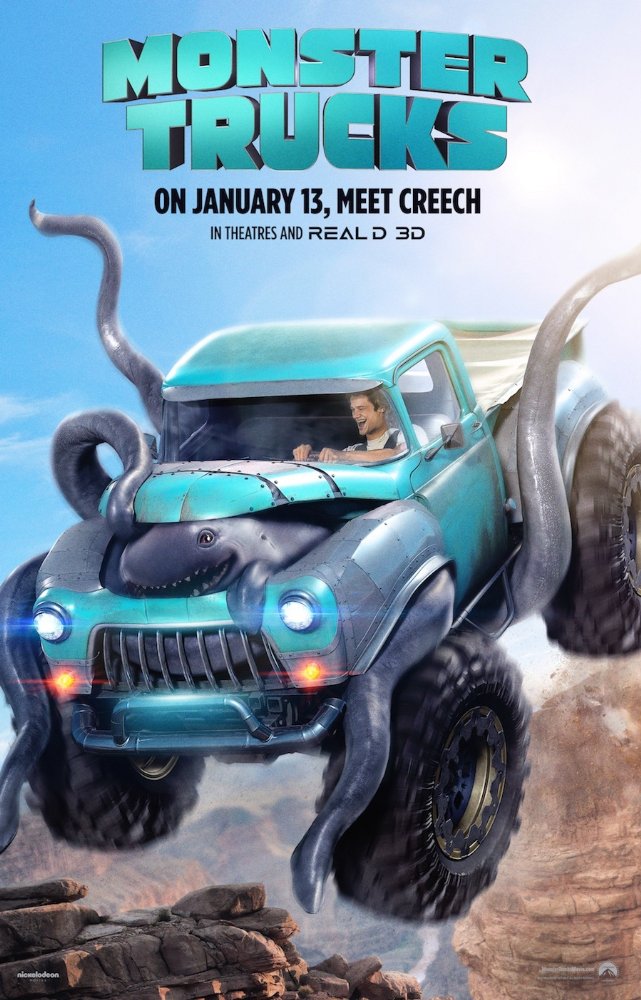 Plot: A high school senior looking to escape the small-town life he was born into decides to build a monster truck from scrapped cars. Things take a drastic turn when a nearby oil rig awakens a long dormant creature - a creature that apparently has a need for speed. Soon the two form an unlikely friendship - one that may just save both their lives. -- Chris Kavan

A dumb family "adventure" from Nickelodeon, "Monster Trucks" was allegedly based on an idea from one of the producer's 4-year-old son, and I can believe it.

No posts have been made on this movie yet. Be the first to start talking about Monster Trucks!