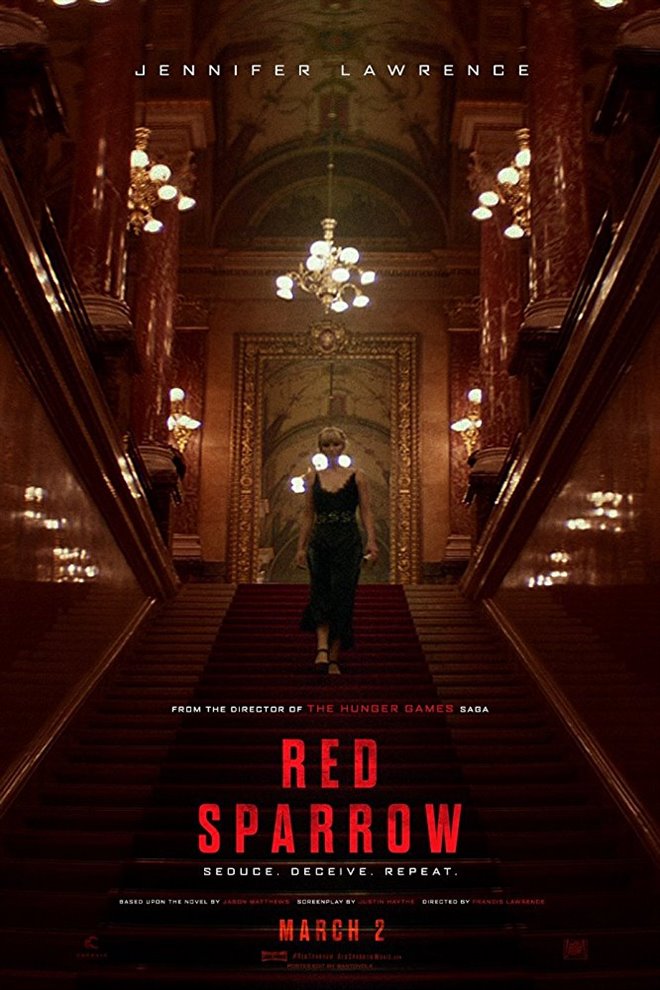 Plot: Dominika Egorova is a Russian ballerina who is singled out for "Sparrow School", an intelligence service that relies on intimacy and seduction as the main weapon of choice. On her first assignment, she is given the target of a first-tour CIA agent who is tasked with delving deep in to Russian intelligence. But when tradecraft and seduction turn in to too-real passion, both agents find not only their own lives at stake, but the future of both their nations. -- Chris Kavan

'Red Sparrow' is a massive dud not as a spy movie, but as a thriller. The theme of psychological warfare could've been riveting with a better director, because I was struggling to find any engagement in the story. The cinematography and performances is the only merit of the movie. I mean, it's worth checking out to watch every actor screw up their Russian accents, especially Jeremy Irons.

Francis Lawrence and Jennifer Lawrence reunite for a sexually charged and bloody mammoth of a spy thriller. Part James Bond, part Basic Instinct, but thrilling in all equal measure, RED SPARROW does not shy away from the gruesomeness of the espionage service. J-Law plays a cat-and-mouse game with the CIA and Moscow intelligence as a hardened state trained femme fatale. Jennifer Lawrence delivers her most mature work in years after languishing in the ponderous Hunger Games. Joel Edgerton shows his range as a leading man who is not a villain for once. Just when you think you know what's going on, RED SPARROW throws you for a loop.

No posts have been made on this movie yet. Be the first to start talking about Red Sparrow!