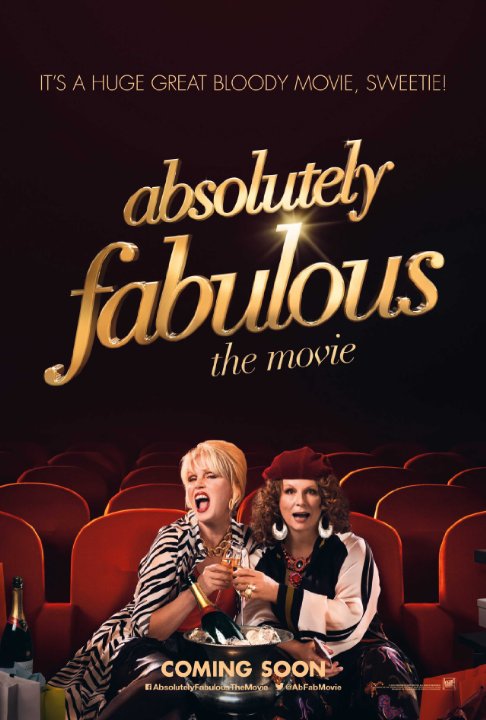 Plot: Edina and Patsy are still living the high life, clubbing their way across London, spending money like it's going out of style. But after an incident at a major fashionable launch party, they find themselves in the middle of a media storm. Constantly having to dodge the paparazzi and realizing their nearly broke, the two flee to the French Riviera where they concoct a new plan that will allow them to live the lifestyles of the rich and famous forever more. -- Chris Kavan

While it isn't "fabulous" as the title says as it's not that good of a movie. I mean, I liked the cast in the movie (which is surprisingly big for a movie like this) and there were a couple of scenes that I did chuckle at, but a simple chuckle doesn't mean sh*t.

'Absolutely Fabulous: The Movie' is the film adaptation of the British sitcom of the same name. I'm not all too familiar with the show, having only seen some clips on Youtube, but it does look like a decent enough comedy. I at least like the premise regarding the two older females constantly fighting age to remain in the spotlight. That theme is really all that propels the plot in this film. It's a very loose and sporadic plot that feels very sketch-like. None of these sketches worked for me. There wasn't much present that I haven't already seen accomplished in a funnier light from multiple other films. Everything about it feels dated. This feels like something that should've been released in the heyday of the show's popularity. I appreciate the efforts of the two stars. They …

No posts have been made on this movie yet. Be the first to start talking about Absolutely Fabulous: The Movie!