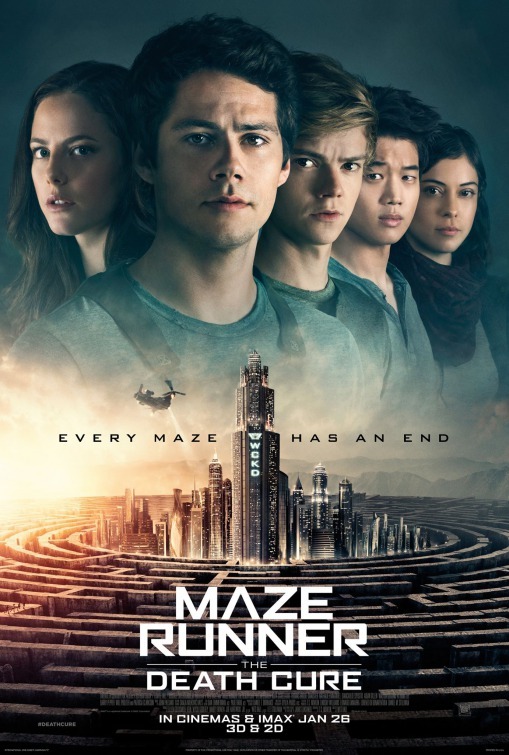 Plot: In order to get the answers he seeks from WCKD and save mankind from the scourge known as the flare, Thomas will lead a group of Gladers in to the legendary Last City, a labyrinthine that will prove the deadliest maze of all. If they can make it out alive, they will finally receive the answers they need. -- Chris Kavan

An uneven conclusion to a likewise series, Death Cure brings back some old characters, kills a few more and does so with a fair bit of tension, some under-utilized emotional connections and a lot of explosions. Maze Runner was never going to match up to Hunger Games - but at least it wasn't cut short like Divergent.

Wes Ball ends the Maze Runner trilogy in an appropriately epic fashion. If a little unsatisfying in some aspects. The action scenes are far more ambitious than the previous films, the scope is bigger, and the cast adds more classy actors looking for a good pay day. For a film which cost half of your average Hunger Games sequel, it does look good. What does work in Death Cure's favor is that it's more of an ensemble adventure than the other two. Other characters get a chance to shine than simply following O'Brien around. It may also run a tad longer than it has to. Some subplots aren't resolved properly. The central villains which conceptually fascinating for their moral ambiguity remain as non threatening as ever.

No posts have been made on this movie yet. Be the first to start talking about Maze Runner: The Death Cure!