The Light Between Oceans Movie Information 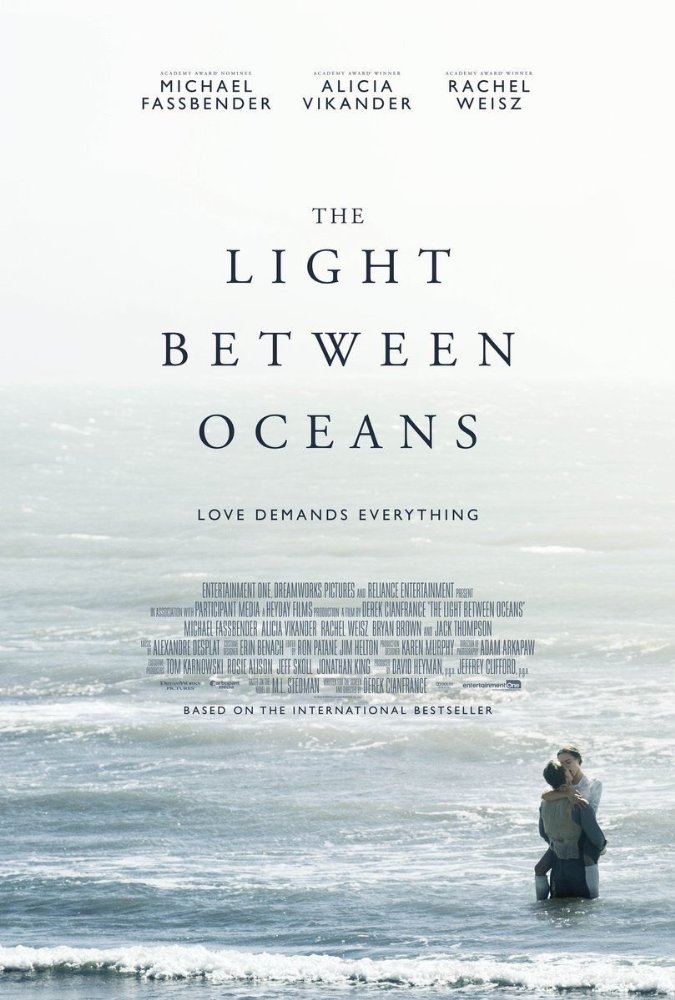 Plot: Following WWI, a lighthouse keeper and his wife come across a dead man and a young baby in a rowboat. The two decide to raise the child as their own, but this decision will have long-reaching consequences. -- Chris Kavan

A solid enough melodrama even if it feels a little under the the talents of its stars and director.

A silent tear-jerker. I love the pacing, the subtlety of everything. Im not a mother, nor a parent, but with Vikander's and Fassbender's performance, I felt the love of a parent to his/her child, whether biological or not. The story was on point, sharp and simple.I love how the devices are well placed, the ocean and the light house. Also, how it presented the psychology post-World War I, was clear and realistic.

'The Light Between Oceans' is the new period piece romantic tragedy from writer/director Cianfrance. I had high expectations, as his first two films were emotionally crippling heavy dramas that felt as if they could exist in reality. 'Light' doesn't quite meet the same deep somber resonance as those. It's story, while having strong emotional engagement, has a softer touch of the typical "sappy movie" variety. Nothing really stands out as being overly cliched or containing falsehood. I was invested in these characters and their struggles. Every sad turn is completely earned, it just didn't hit me hard like I wanted. I could feel the tragedy of the situation. I felt compassion and sympathy for every character from each opposing side. I love this story. I love the actors and their …

No posts have been made on this movie yet. Be the first to start talking about The Light Between Oceans!