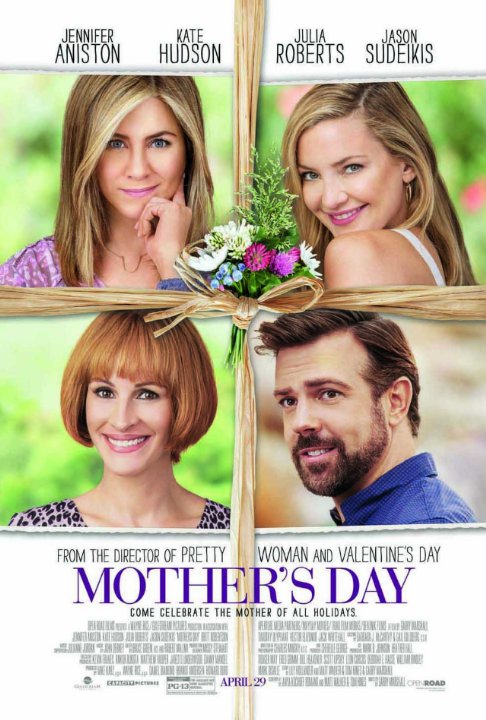 Plot: A series of interconnecting stories all involving mothers from different walks of life. -- Chris Kavan

I know it's a Jennifer Aniston movie, but even that doesn't excuse a romantic comedy as bad as this one.

Trivia: This is Garry Marshall's final film. What horrible way to go out.

'Mother's Day' is director Gary Marshall's third holiday themed celebrity smorgasbord of pretty faces all taking part in the most phony, annoying, stupid sitcom-like collection of mini stories. I was lucky enough not to be subjected to his last major debacles: 'Valentine's Day' and 'New Year's Eve'. But, from what I hear, this one is actually the worst of the three. 'Mother's Day' is a trite, soulless, money grabbing exercise meant to cash in on a holiday based only on it's title and abundance of recognizable attractive people. If that wasn't evident by the film's poster, then the absolute horrid writing of the screenplay is the next HUGE indication. I don't know where to begin with this awful mess. As I stated before, all of the stories could be described as hollow vague …

Next in Line by Cecille

No posts have been made on this movie yet. Be the first to start talking about Mother's Day!