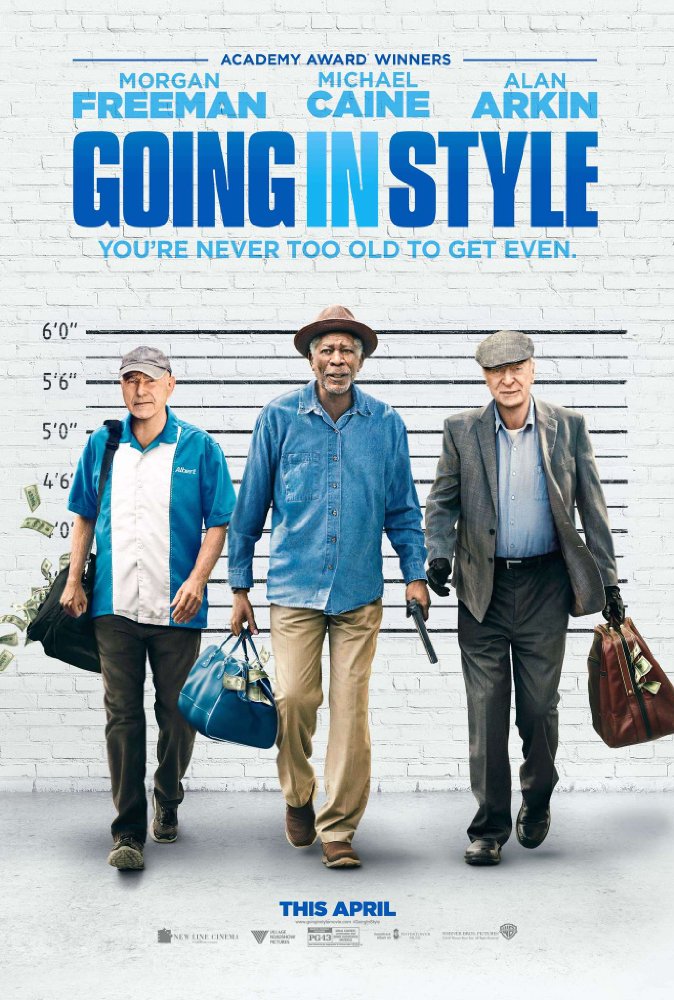 Plot: A trio of lifelong friends find growing old isn't all its cracked up to be. Barely making a living on Social Security, let alone being able to provide for their families, the three hatch a plan to take down the bank responsible for taking most of their money. Now if they can only figure out how to handle a gun... -- Chris Kavan

Arkin, Caine, and Freeman are pretty good replacements for Burns, Carney, and Strasberg, but the script isn't nearly as much fun as it should be.

Three great actors having fun together plus viewers get to see a few other actors who really aren't on film anymore. We see appearances by Matt Dillon, Siobhan Fallon Hogan, Christopher Lloyd, and even Ann-Margret. Its pacing is breezy and the movie is fun and lighthearted. For those interested in a caper suitable for all ages, GOING IN STYLE is perfectly harmless entertainment.

No posts have been made on this movie yet. Be the first to start talking about Going in Style!