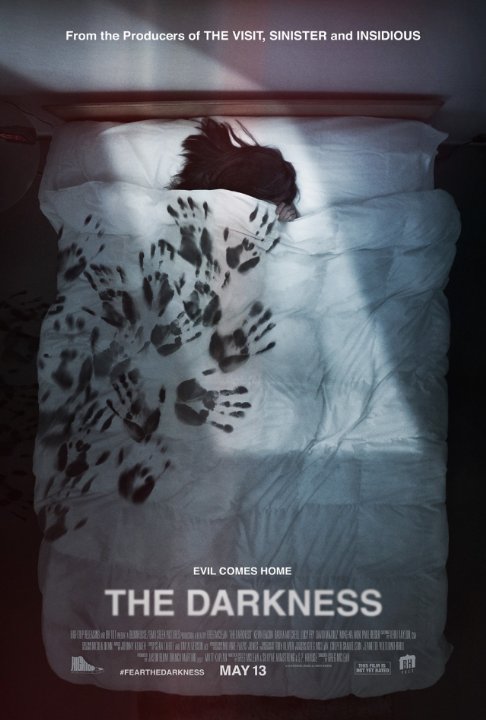 Plot: After a vacation to the Grand Canyon, a family brings home more than souvenirs and memories: a supernatural entity looking to cause havoc. -- Chris Kavan

Dull and devoid of any fresh scares, it's an absolute shame horror films this lazily written are still getting made.

Basic horror with some Native American influence and Kevin Bacon. My biggest hurdle was the fact it stars David Mazouz as a kid suffering from Autism - who also happens to be the same actor who is Bruce Wayne on Gotham - it was a bit jarring to separate the two. Some creepy moments, but nothing spectacular here.

A supernatural force terrorizes a couple and their two children after the young son brings home some mysterious rocks from the Grand Canyon.Reading that description, it had my attention but I wondered how good can a horror movie be that's about a kid bringing home some rocks that are haunted? After watching it.....Wow, what a GREAT movie.If you like Horror movies that aren't all guts & gore & full of special effects then you might like The Darkness.I had my doubts at the start but after it was over, I was surprised I even liked it in the 1st place especially how much I liked it.I hope there's going to be a sequel with the same cast coming back like the Poltergeist movies.This movie was similar to Poltergeist so why not? Maybe the same cast, different story like they do American Horror …

Then you most likely have seen "The Darkness". It's nothing new or original.

It's a lazy copy cat of better horror movies that came out in the last few years- With endless amount of cliches that you thought died out years ago. The acting was so awful and not at all convincing with their reactions to the paranormal entity. Well, coming to think of it, Kevin Bacon is the only actor in the movie that wasn't terrible, because he is the Bacon.

The only scary thing I can say about this is that I got to see the preview of the upcoming horror film "Don't Breathe". That film looks really intense and way more scary than this.

Have you seen a movie where a family is haunted by ghosts, but nothing of actual threat ever happens? Then you've already seen this entire movie! 'The Darkness' is a beat-for-beat exercise in the routine trappings of horror movie tropes, and nothing more. There are many scenes that completely rip off other (WAY better) movies. The names are too long to list. The story is so basic that you could guess itâs entirety just in the first few seconds of the trailer. Even though the ghosts are present from the start, they donât do much of anything at all besides common household annoyances. The family easily ignores this, putting all the blame on their autistic child. They are at each other for different reasons that donât pertain to the entity they have ignored. Thereâs a real …

No posts have been made on this movie yet. Be the first to start talking about The Darkness!