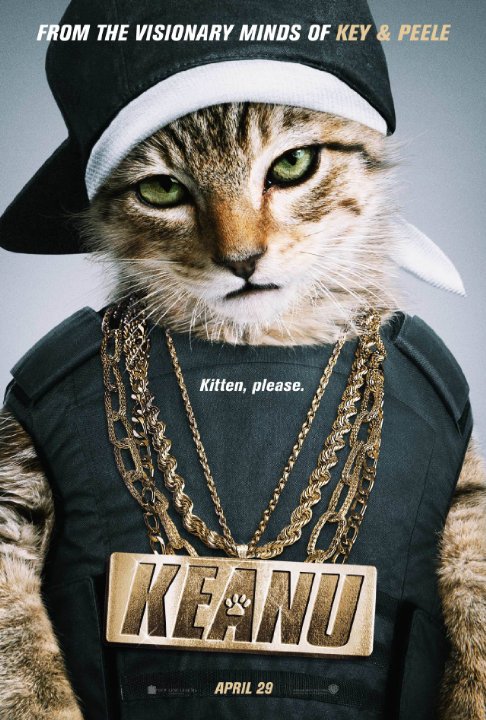 Plot: When a prized cat is kidnapped, a pair of friends decide the best course of action is to pose as drug dealers to infiltrates the street gang who has the feline. -- Chris Kavan

This buddy action-comedy is mostly disposable, but the back and forth banter is entertainingly funny more often than not.

Key and Peele Save a Kitten

'Keanu' is the first feature film from the hilarious duo of Key and Peele. I've enjoyed their brand of comedy, from watching their sketches. These guys have always been consistent. Thankfully, 'Keanu' keeps in step with their previous work. I laughed fairly consistent through the whole film. The simple premise is used up for all it's comedic worth, but not to the point of running out of material. Much focus is on the dynamic between the two leads. These guys are a terrific on-screen pair. Their clever dialogues are so on-point that they singlehandedly carry the movie without the need for big gag set-pieces found in most comedies. My enjoyment of them never wavered and the story was at least sufficient enough to surround them with some purpose. At times, certain scenes would put …

No posts have been made on this movie yet. Be the first to start talking about Keanu!