The Other Side of the Door Movie Information 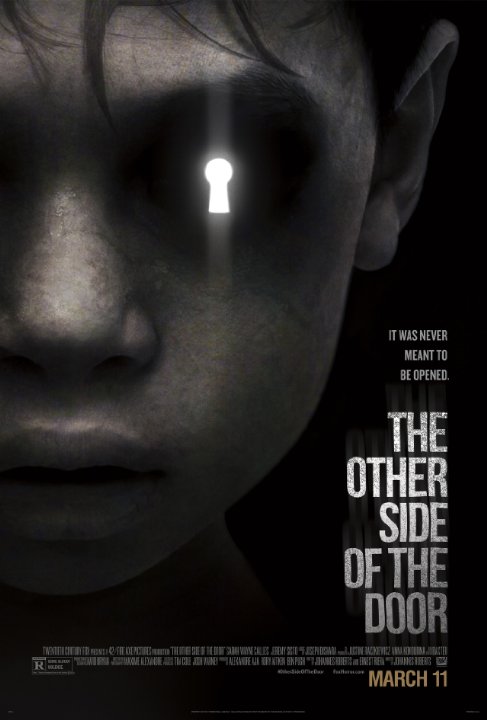 Plot: A mother finds her idyllic family life shattered after the tragic death of her son. When she learns of an ancient ritual that will allow her to say one final goodbye, she seeks out a temple. But when she fails to heed the warnings, she upsets the balance between the world of the living and the dead - and her daughter is caught in the middle. -- Chris Kavan

Other than the fancy setting (India), The Other Side of the Door has little going for it. A pale imitation of Pet Semetary with every horror trope thrown in for good measure, there is just not a lot going on. I will say that at least the horror baddie Myrtu has a decent design. But ultimately it's entirely forgettable.

I have a hard time finding much to write about 'The Other Side of the Door'. What can I say about a film which is nothing more than a constant assault of every single horror movie cliche that's ever been brought to the screen? That is exactly what you get for the entire 90 minutes of this poorly executed stinker. Not a single original thought went into the making of this crap. It's aggravatingly dumb to the point where I actually got tired of laughing at it's complete incompetence and sat there with loathing contempt, hoping it would end sooner. It's the same old watered down, recycled imitation brought to us through careless execution and a careless attitude towards the audience.

Pet Semetary made in India.

"The other side of the door" is not really a bad movie. Technically speaking it really looks magnificent at certain moments. Moreover, India as location and the used ancient ritual sure made for a unique starting point. But ultimately it was only a collection of all sorts of previously used ideas. I thought it felt a bit outdated. That wouldn't be such a huge problem if there was a certain tension or creepiness. Unfortunately, this was also missing, making it once again a horror that never exceeded mediocrity.

The story reminded me of "Pet Semetary" with the loss of a child and the desire to bring it back to life again. In "The Other Side of the door" …

No posts have been made on this movie yet. Be the first to start talking about The Other Side of the Door!