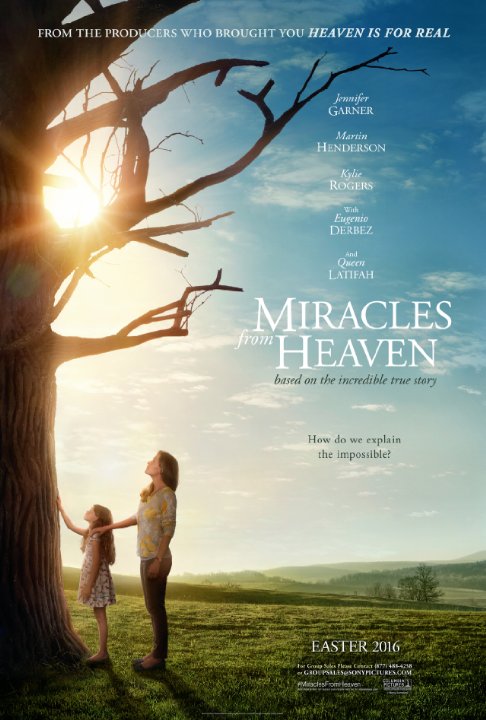 Plot: Based on a true story: Anna Beam suffers from a rare, incurable digestive disorder and her mother, Christy, does everything she can to help find a solution. But when a freak accident sends Anna to the hospital, she is miraculously healed - inspiring both wonder and hope to those around her. -- Chris Kavan

A corny movie with extra cheese.

'Miracles from Heaven' is exactly what you'd expect it to be; a "based on a true story" tale, involving a baffling occurrence, entangled with the dramatic effect of the central family's faith. It follows the path of similar films such as: 'Heaven is for Real' and '90 Minutes in Heaven'. The difference here is that the actual incident is presented in a more believable light. This young girl's whole ordeal is quite odd. Her sudden unexplainable illness is weirdly fascinating to investigate. A great majority of the film is focused on the family's (mostly mother/daughter) struggle with this incurable ill that comes out of nowhere. Seeing the mother lose and regain faith through the course of the story actually carries some weight, given the serious nature at hand. Scenes between her …

No posts have been made on this movie yet. Be the first to start talking about Miracles from Heaven!