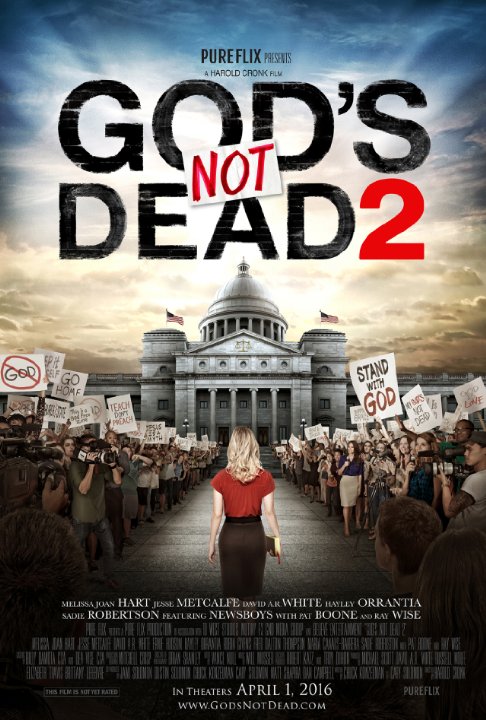 Plot: A high school teacher answers a question about Jesus in her class, but when her response goes viral, she will stand up to make sure God is not expelled from the public space once and for all. -- Chris Kavan

Yes, I've just seen God's Not Dead 2, but why some may ask? I dunno. This is yet another insulting movie that picks on religion and makes atheists look like the most evil people on the planet. This whole movie is nothing but a big joke, but that could easily be the case, since this movie came out on April Fools Day.

'God's Not Dead 2' manages to be just as stupid and offensive as it's predecessor, maybe even more so. I knew what to expect going in and all of those expectations were met with the highest level of displeasure. We are treated to another round of ill-conceived, harmful propaganda targeted with searing intent at the wallets of it's oblivious (hopefully small) demographic. We have a new central plot at work, but a couple of returning characters from the first show up only to pad the runtime. The cancer stricken convert has now been cured of her "terminal" illness through prayer. I'm sorry, but that's not how you get rid of an incurable disease. Her story is now resolved and she can go on to do... absolutely nothing here. The Asian kid from the first returns so that his situation …

No posts have been made on this movie yet. Be the first to start talking about God's Not Dead 2!