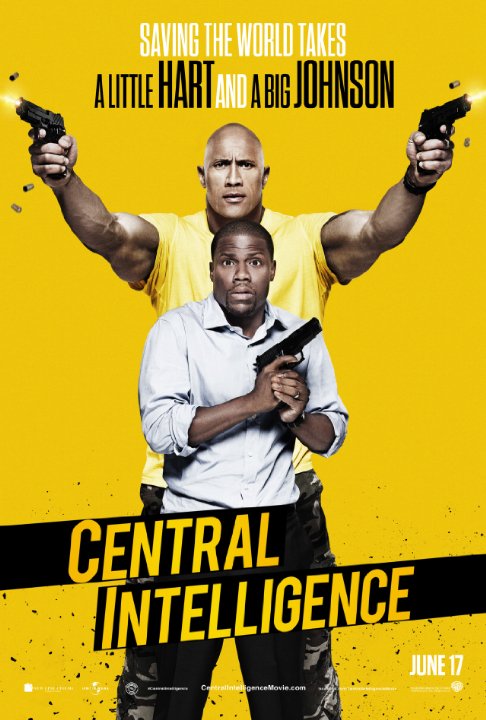 Plot: A chance Facebook meeting between former bullied geek-turned-CIA agent and once big-man-one-campus-turned accountant sees the pair getting into a high-stakes game of espionage and shootouts and maybe reconnecting - if they can both stay alive. -- Chris Kavan

The only thing offensive about it is how unfunny it is. The buddy action comedy is a dead genre and "Central Intelligence" is too crummy to even come close to resurrecting it.

I was actually hoping for better results from this. The pairing of Dwayne Johnson and Kevin Hart does pay off from time to time, but, for the most part, Central Intelligence follows a lazy path the is part spy caper, part high school reunion comedy and mostly generic banality. For every genuine laugh, there are about five things that fall flat. Close but no potato gentlemen.

This would be a one star movie if not for the funny comedic pairing of Dwayne Johnson and Kevin Hart. Saved it from being a total disaster. Otherwise, it's a cheap spy spoof but nowhere near the heights of SPY.

'Central Intelligence' sees the comedic team-up of Dwayne Johnson and Kevin Hart. This pairing turns out to be a fun one. Both men play off of each other to great effect. Johnson in particular is the standout. His outlandishness feed into his wacky super-spy character's abilities. Hart is more restrained than usual, making a solid counterpoint. Their budding friendship doesn't feel forced. It becomes the focal point of the movie, leading to some sweet moments. None cary an emotional weight but the attempt is appreciated. A positive message about overcoming negative self-identity associated with bullying is also seen through to completion. Again, not much depth, but still appreciated. Everything else in the film that surrounds the two leads and their good intentions is the …

No posts have been made on this movie yet. Be the first to start talking about Central Intelligence!