Norm of the North Movie Information 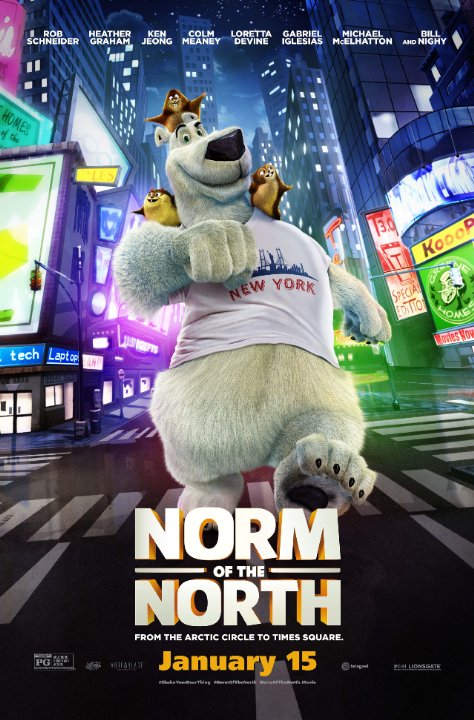 Plot: After being displaced from his Artic home, Norm the polar bear, along with three lemming friends, find themselves in New York City. Once there, Norm becomes a corporate mascot - and finds out the company is tied directly to the fate of his homeland. -- Chris Kavan

An animated feature of this quality should have been released straight-to-DVD.

There are no words.

I wish Leo would have shot and stab this bear in the face like he did to that grizzly bear from The Revenant.

'Norm of the North' does not deserve the recognition of having a half star rating. That would mean that I watched an actual movie. No, this didn't feel like a movie at all. Every single aspect of this garbage is incomprehensibly awful! This is one of the most terribly made excuses for a "movie" I've ever seen in my life! It's unwatchable. I found myself staring at the floor more often than not. I actually got a headache from watching this abomination. I can't fathom how something this incompetent would be seen in thousands of theaters, let alone on television... or at all by any human eyes! The creative choices (or lack of) are insane! None of the small children in the theater could sit still or be quiet, because they were just as bored as I was. This was the worst …

Movies I have seen this year by Chris d

No posts have been made on this movie yet. Be the first to start talking about Norm of the North!