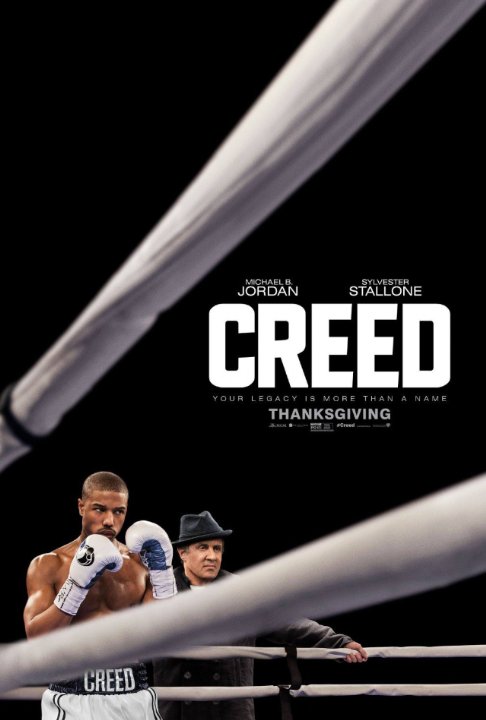 "Creed" has an easy to follow story that ends up being one of the most refreshing in the "Rocky" franchise.

Ryan Coogler and Michael B. Jordan made an excellent team in Fruitvale Station, and once again have a winning formula for Creed. But it is really Sylvester Stallone who is the standout here as an aged Italian Stallion, probably one of his best performances since, well, Rocky. The father/son dynamic is excellent and considering Stallone did this film shortly after his actual son, Sage Stallone, died, makes it all the more powerful. If this is the direction this series is headed, I'll gladly go a few more rounds with these guys.

'Creed' breathes new life into the much adored 'Rocky' franchise. I've been a lifelong fan of the series. Rocky was always an admirable figure to me. I was ready for something new. This movie more than brought it! I wasn't prepared for the knockout that was delivered. There's much attention to the lore of the series. 'Creed' definitely feels like a true sequel, but at the same time has it's own singular story to tell. The initial backbone of an amateur rising up from nothing to stand toe-to-toe with a reigning champion (and having an older mentor) is all there as in the original 'Rocky'. It's the differences in themes and characters that makes this a standout from typical formula. Adonis is nothing like Rocky or Apollo. His past, and his father's shadow, looms over him. He …

Creed is good but its no rocky

as the title suggests this is the movie about appolo creeds son and his fight for glory in the ring , for those who dont know appollo died in rocky 4 fighting the russian ivan drago, fast forward the years the son of appolo seeks out rocky to help train him.
stallone as rocky is great in this and the awards are justified. he plays it real and honest and with the right amount of emotion.
While this is a movie about creed there is also the sub story running through it of rocky who is also having the biggest fight of his life but this time its with illness. . time takes everyone out he says its undefeated. That is a great line that sums up his life in this.
Micheal B jordan does a fine job as creed though he is no rocky or even appolo but he is still good .
the story is simple but very …

Favorite Movies That Take Place in Philadelphia by The WHB

No posts have been made on this movie yet. Be the first to start talking about Creed!