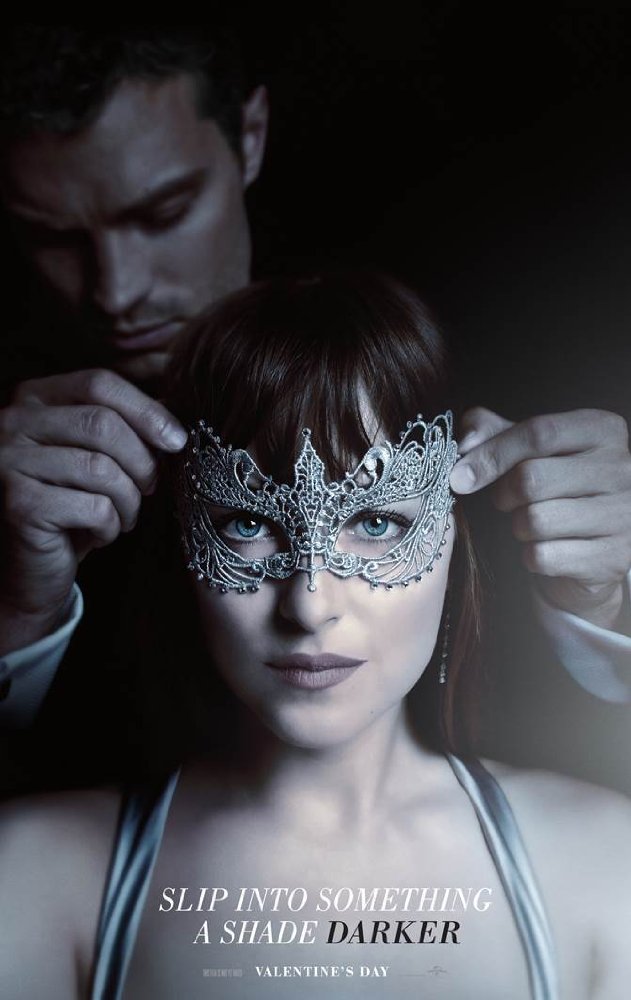 Plot: As Anastasia Steele starts a new job, she cannot get Christian Grey out of her mind. Christian wrestles with his own inner demons as he seeks to reconcile with Ana and the next step in their relationship will lead Ana down a dangerous path that has her dealing several women from Christian's past. -- Chris Kavan

The Fifty Shades franchise isn't remotely as sexy, stylish and romantic as it hopes to be -- rather, it's as bland as cement, and its talented cast are poorly served by awkward scripts and poor direction. Fifty Shades Darker, the franchise's finale, brings nothing new or different to the series (except for a kidnapping plot thread -- followed by a car chase -- which is more laughable than it is exciting). I went along with my girlfriend to see these films, and while I'm genuinely happy to see that she enjoys them, I'm ecstatic to see that they're finally done.

"You're not putting those in my butt" Yep, Anastasia Steele is still the worst female character in movie history. Fifty Shades Darker was just complete dog shit that I'm not sure why I even saw it. Just watch Lego Batman or John Wick instead.

Not a review but a warning

OK I know that the movie has not been released yet but I will say that I feel like it is a disgrace to women and girls It is treated like a love story but I don't see love here this is abuse and no one is able to say otherwise I believe that it is a terrible idea to have the movie and the woman is so beautiful yet treated so poorly how does it take yes I get it is trying to say that if you love someone u will say by their side no matter what but it promotes abuse and I can't stand for it I know that everyone won't agree with me but please hear me out and understand where I am coming from here . fellows please don't take your love to see this movie no matter how much she begs you please take a moment and think about the choice your making if you do take her you might as well be abusing …

No posts have been made on this movie yet. Be the first to start talking about Fifty Shades Darker!