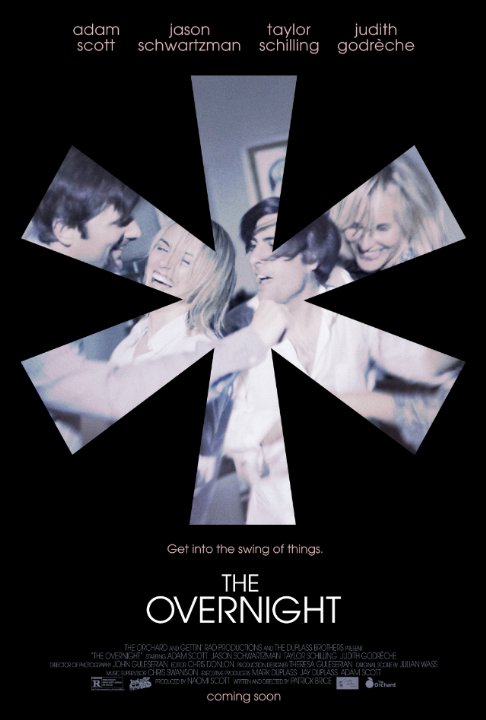 Plot: After moving from Seattle to L.A. Alex, Emily and their son R.J. try to connect. A chance meeting at a park with Kurt, Charlotte and their son Max sets up a playdate. But when the children are sent to bed, the real adventure begins. -- Chris Kavan

The "Bob & Carol & Ted & Alice" of the modern age, "The Overnight" is more tame for its time than B&C&T&A was for the late 60s, but it's a smart and funny comedy with that same sense of sexual freedom.

'The Overnight' is an edgy comedy that constantly simmers with sexual uncomfortableness. The whole idea of the movie is to give one sexually unfulfilled couple the chance to open up. They do that by getting awkwardly intimate with a new couple over the course of one night. The events that conspire are outrageous, but never unbelievably so. Our four main characters have strong convictions to their insecurities and desires, helped by a talented cast. It's paced with continuous reveals that add more laughs per screen time. I don't consider the ending to be a 'cop-out' like most, but it does feel only flirtatious when the film seemed like it was building to something a bit more ballsy. I admire the overall direction taken.

Movies from 2015 I've seen by Corndog

No posts have been made on this movie yet. Be the first to start talking about The Overnight!