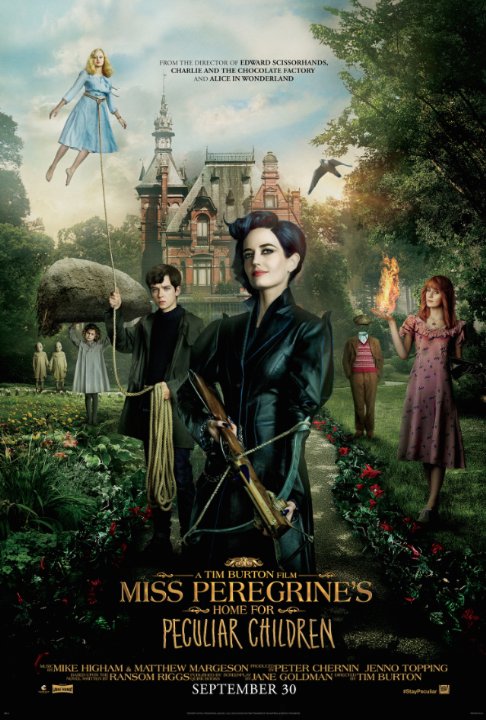 Plot: Following the death of his grandfather, Jacob Portman, raised on his wild stories, investigates the origins and finds himself thrust into a mysterious world that spans different worlds and times. This is where he finds Miss Peregrine's Home for Peculiar Children - but this is merely the beginning as he gets to know the residents he soon realizes they face a powerful danger and their best hope lies in his own peculiar talent. -- Chris Kavan

A decent, if somewhat underwhelming, adaptation of the great source material. Burton's signature style is there, the characters are wonderfully odd and unique but, man, it just takes a long time to get going. Once it does, it gets better but there is a lot of get through before it picks up steam and then it's over. It's good for a watch, but I was honestly hoping for better.

Tim Burton tackles the Y/A subgenre of blockbuster film making with this adaptation of I'm guessing is supposed to be a popular book series. It's basically X-MEN but with a dash of C.S. Lewis' Narnia tropes thrown in for good measure. The gothic overtones and creepy characters fit Tim Burton's style and it's at least far better than his other book adaptations.But what should be more engaging is instead bogged down in exposition and world-building so it takes a long time for the plot to even begin. I'll give it this, it looks neat and there's always something weird going on. But if it's an actual story you're looking for, just rewatch Hunger Games or even Divergent.

No posts have been made on this movie yet. Be the first to start talking about Miss Peregrine's Home for Peculiar Children!