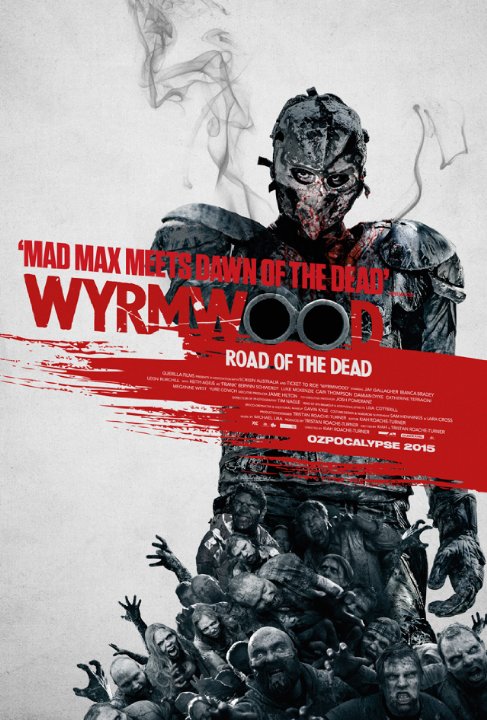 Plot: In one night, shooting stars turn poeople into zombie. But they are more then walking corps. -- Ionut valentin

An action zombie shoot-em-up. That's literally all that's going on here. It's a consistently fast paced ride going for that cheap dumb fun viewing pleasure. I didn't find much joy on that level, but I was on board for this short mad-cap rush. There's zero character and little story/plot. Felt as though the whole movie was put together just for kicks, and to show off the director's talent. I was impressed with the smoothness of the frantic directing style. The production team does so much with so less. My hats off to them for making such a tiny budget flick seem more visually interesting than most glossy big-budget action movies.

Surprisingly fun and highly effective zombie film with a few neat twists: 1) zombies can be used for fuel - it's hilariously dumb and, I'm sure, scientifically impossible, but even so, I liked it. 2) Only people of a certain blood type are immune to the zombie virus and 3) a mad scientist type (with questionable music taste) stumbles upon a way to control said zombies - too bad he finds out too late (a bone saw is involved). Overall, an Aussie mashup that reminded me of Shaun of the Dead (not quite as classic) good, dumb fun all around.

Bloody, funny and made in Australia.

Are you sick of zombie movies? That's understandable when you look at the amount of zombie movies that flooded the horror landscape recent years. There were some excellent movies that tried to handle the subject in a creative way like "Maggie", "World War Z" and "Dead Within". But most of what I've seen however, was plain bad and not really innovative. Instead those movies transformed me in a zombie-like appearance while watching at the screen in an empathic way. "Buck Wild" is an example of this. Is "Wyrmwood" groundbreaking? Nope. Is "Wyrmwood" different than other zombie films? No, actually not. Is it more shocking than other movies with those flesh-eating, bloodthirsty undead? No. The …

No posts have been made on this movie yet. Be the first to start talking about Wyrmwood: Road of the Dead!