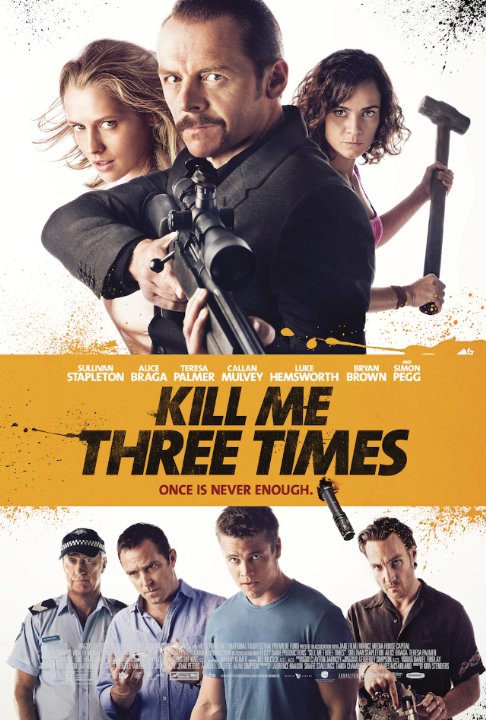 Plot: Charlie Wolfe is a professional hitman who botches a contract and has to deal with three big problems: murder, blackmail and revenge - all revolving around him. -- Chris Kavan

There's not much to say about this one. The plot, story, and characters are the most absolute basic of this particular genre. I was expecting something more madcap, but the whole movie is routine to a fault. I've seen it all done better many times over. No single aspect stands out as being inherently bad. I was never engaged. A few slightly unexpected killings peaked a little interest. Pegg has a convincing (mostly non-comedic) turn as a professional hit-man. That's the most positive I can muster. So forgettable.

The story is about a professional hitman who botches a contract and has to deal with three big problems: murder, blackmail and revenge - all revolving around him.

I'm the kind of person who likes to watch movies that are well known to everyone and the others that are low budget and never heard of before by mostly everyone. I came across Kill Me Three Times before it was even release worldwide, it had some critics reviews from some kind of film festival somewhere but I still had a little interest in it and at the time it only had one photo and no trailer. Now it's got it's worldwide release and wow this movie got a beaten chewed up by critic calling it "A disease and a pure mess". I was …

No posts have been made on this movie yet. Be the first to start talking about Kill Me Three Times!