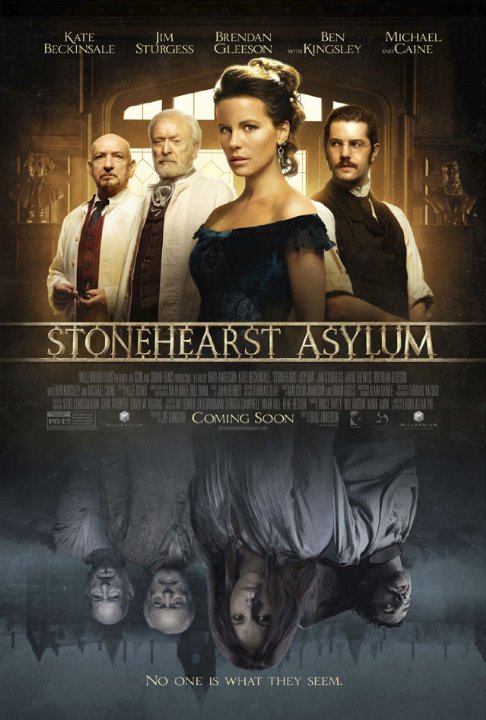 Plot: A doctor from Oxford visiting an insane asylum gets more than he bargained for when he discovers the inmates are in charge while the staff is imprisoned. As he becomes closer to one of the female patients, he will have to figure out how to make things right before things get too out of hand. -- Chris Kavan

Twisty and atmospheric gothic mystery. Ben Kingsley, Michael Caine, and Kate Beckinsale are all good. Jim Sturgess was alittle wooden in his part though. Itâs almost like the 19th century version of that movie âA Cure For Wellnessâ.

Considering the rather well-rounded cast (including heavyweights like Michael Caine and Ben Kingsley) it is surprising this wasn't given a bigger release. That being said - while I found things a tad predictable, the story is still intriguing, the characters interesting and setting suitably creepy. A clever Gothic nugget (based on a story from the original master of horror, Edgar Allan Poe) - if you are tried of "modern" horror, this is different and welcome.

âThe satisfaction of helping those in hell.
See, of all the afflictions, I can think of none more, more cruel than madness, sir.
See, it robs a man of his reason, his dignity, his very soul.
And it does so, so slowly, without the remorse of death.â

Can you remember Ben Kingsley in "Shutter Island" as head of a psychiatric institution dressed up in a white overcoat ? In "Stone Hearst Asylum" he took that white overcoat back out of the closet and while smoking a pipe with a pensive look, he's extensively lecturing about the revolutionary method he applies at psychiatric patients. It's a movie based on the short story "The System of Doctor Tarr and Professor Fether" from 1845, written by the supreme master of horror stories, Edgar Allan Poe. This master of the sinister and …

No posts have been made on this movie yet. Be the first to start talking about Stonehearst Asylum ( Eliza Graves )!