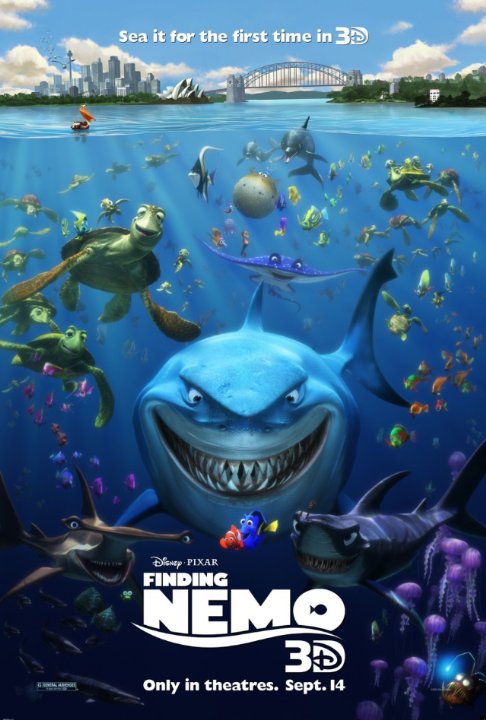 Plot: Follow this young fish's hilarious adventures while he tries to get back to his dad.

A dazzling and moving adventure about the distances we'll go for the ones we love. It's Pixar's best.

Before I start this review I have not seen the 3-D just because am not a fan of 3-D movie's so let's go. Finding Nemo 3-D. this is one of the best movie of 2003 I mean the story is good and the effect's are amazing.

No posts have been made on this movie yet. Be the first to start talking about Finding Nemo!