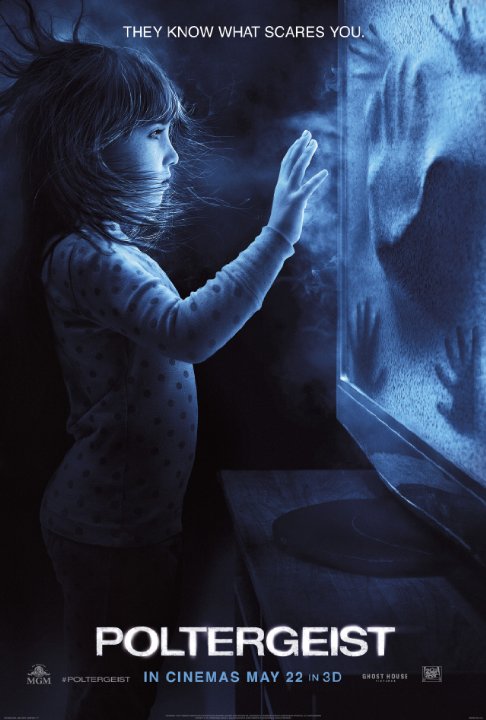 Plot: A contemporary reimagination of a suburban family dealing with a series of unexplained phenomena revolving around their youngest daughter. When the restless spirits get more and more violent, they call on outside help, not knowing just how dangerous things are going to get. -- Chris Kavan

This remake of Spielberg's 1982 "Poltergeist" provides serviceable storytelling and a charming performance from Sam Rockwell, who ignites some needed energy into this brooding product. "Poltergeist" is so boring. Never is there an effective scare; not even an effective shitty jump scare! The buildup moderately fleshes out the characters but is almost completely devoid of tension. Many of the original's most memorable moments feel disappointing this time around, especially the uttering of "They're here." This is just another butchered remake from Hollywood.

I was never a fan of the original but I LOVED parts 2 & 3.I really enjoyed this version even though I wasn't expecting to.The way it started off I didn't think I'd like it at all.I found the family EXTREMELY annoying.What little girl calls her father a dumbass & gets away with it? The father gets laid off, the mother is a writer but they go house hunting & buy a HUGE house.I don't know about you but that doesn't seem too smart to me.There's a few other things I could go on about but I guess I'm reading way too much into it & it's only a movie.Anyways...... I enjoyed this movie way more than the original (Maybe I should watch the original again?) I hope there will be a part 2 because if they do bring back the reverend I'd like to see what he'll look like.I can't imagine he'll be as scary …

Remakes are normally a blight upon Hollywood with very few exceptions.

Now that we got that statement out of the way, this film while not an exception isn't terrible. If this were a standalone movie instead of a remake it would have been great. However having to compare this movie to the original, it falls flat. I enjoyed SOME of the acting, the little girl's acting not at all. The effects while interesting arenât up to par with the original, the soundtrack most certainly did not compare. Some creepy scenes didnât quite make up for the ham-handed product placement and I was also disappointed by the lack of homage to the first film. I missed the face ripping scene, the staircase, the dogâ¦ the list can go on.

Having said all thatâ¦ itâs truly not that bad. Iâve seen …

It's here and we don't need it

The story is about a contemporary reimagination of a suburban family dealing with a series of unexplained phenomena revolving around their youngest daughter. When the restless spirits get more and more violent, they call on outside help, not knowing just how dangerous things are going to get.

I still have no idea why they did a remake on Poltergeist and why Hollywood keeps making remakes in the first place. These just no point and it anyone's me that these people think they can top the original but always fail because you can't top the original unless your John Carpenter and you made The Thing then yeah good job you somehow top the original. But I also curious of how this was going to turn, I mean Hollywood must have learned from they mistakes by now by …

No posts have been made on this movie yet. Be the first to start talking about Poltergeist!