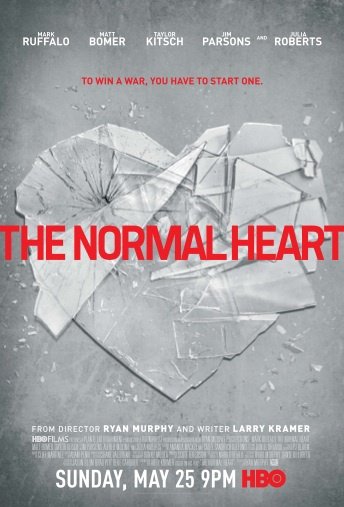 Hands down to Mark Ruffalo! Roberts, Bomer and the rest of the cast also deserve recognition for this film. Very touching and heartwarming story. It was really a surprise! The first half was just so much gay and entertaining until things got so serious that you wouldn't be able to distinguish what kind of feeling you're having.

Such a powerful and hearbreaking story. Amazing cast also. Ruffalo was superb as well as Julia and Matt Bomer.

Bolstered by immaculate performances from it's all-star cast, especially that of Mark Ruffalo, Julia Roberts, Jim Parsons, Alfred Molina, Taylor Kitsch, and especially Matt Bomer in a transformative performance. THE NORMAL HEART is a solid adaptation of Larry Kramers semi-autobiographical play. It's a heartbreaking, angry, bittersweet journey well-told. And yes, have the kleenex handy. (Equivalent of an R or strong sexual content, graphic nudity, some disturbing images, and language.)

No posts have been made on this movie yet. Be the first to start talking about The Normal Heart!