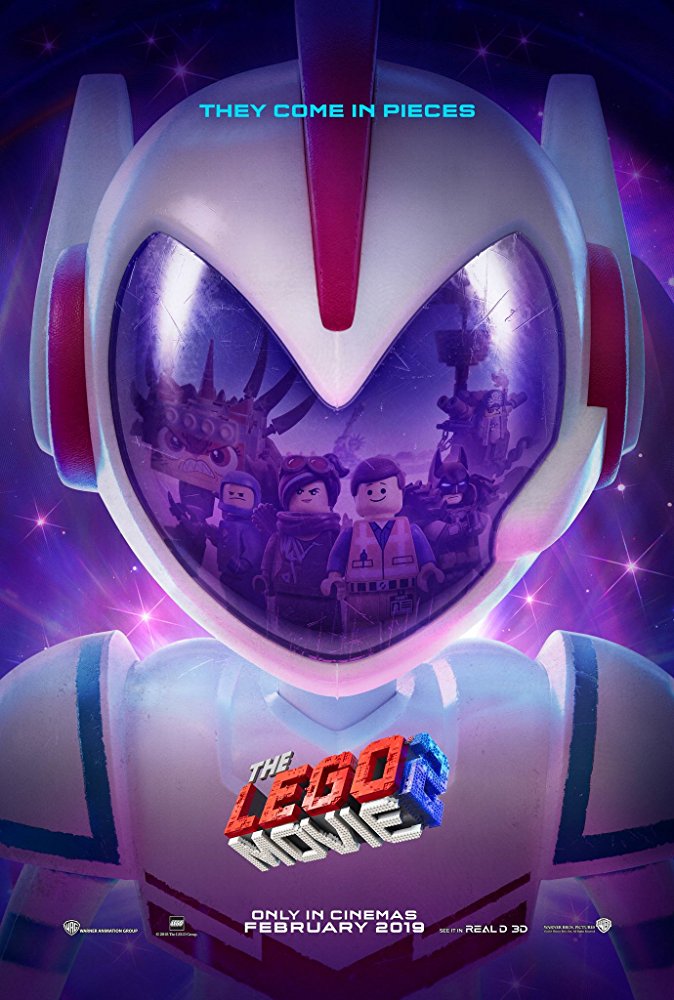 Plot: It's been five years since everything turned out awesome for the denizens of the LEGO world thanks to Emmet, Wyldstyle, Unikitty and the rest of the friendly mini-figs. But now a new menace appeals - LEGO DUPLO invaders from outer space, and they are destroying the world faster than it can be rebuilt. -- Chris Kavan

While it looks just as nice as the original, features some great voice acting and still has a good message at its core - The Second Part is just missing that spark that made the first film so unique. It has too many musical numbers that feel misplaced, humor that seems more forced and just a more uneven story all around. It's still a lot of fun - but not quite awesome this time around.

"The Second Part" is an acceptable burst of color and sound even though it, like the last few LEGO movies, doesn't do anything better than the original.

UpdatedDomestic Opening: $34.4 million, Projected Total $100-$125 million.Overseas: With a $18.1 million opening from 63 markets, it might be able to match the $211 million of the original.Worldwide: $300-$325 millionIt will fall well short of The LEGO Movie and LEGO Batman on the domestic front.

My Say: It wonât gross as much as the first film, But that is not a bad thing at all.