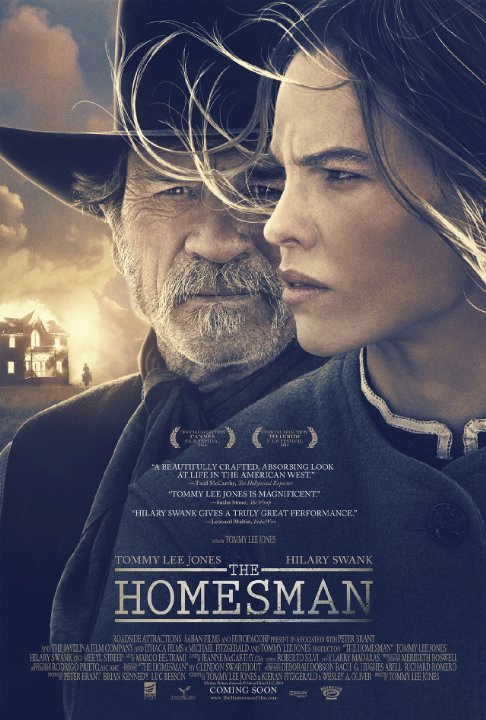 'Homesman' is not a typical western. The story completely focuses on the the two main characters. Both are humanized and mentally/emotionally flawed. Their journey is unconventional, but it feels much more authentically 'western' than most older films. The harsh nature of this trek is seen in the bleak environment, as well as the personal struggles of the individuals. You really get a sense of what these living conditions do to the people. It's interesting to see the changes in Jones and Swank's characters. What the journey does for them, and what they do for each other, messes with their ambitions. I really admired the new directions in the story.

Madness and Mercy on the Plains

Westerns, by their nature, are a tough sell for me. With a few exceptions, I'm usually left either bored or disappointed. The Homesman, however, is a western of a different sort. The main reason I was interested in this is that the setting is in my home state of Nebraska (though it looks like most of the film was shot in New Mexico). Back when it was known of Nebraska Territory - and it shows the dangers of the west don't always come from people on "Most Wanted" posters.

In a very small town, a trio of women (Grace Gummer, Miranda Otto and Sonja Richter) have fallen into various states of madness - depression, loss, abuse - it has pushed them all over the edge. The three are to be sent from the Nebraska Territory to Iowa (a journey of about five weeks) but the men of the town, …

Worst 8 of 2014 by Stoney McStonerson

No posts have been made on this movie yet. Be the first to start talking about The Homesman!