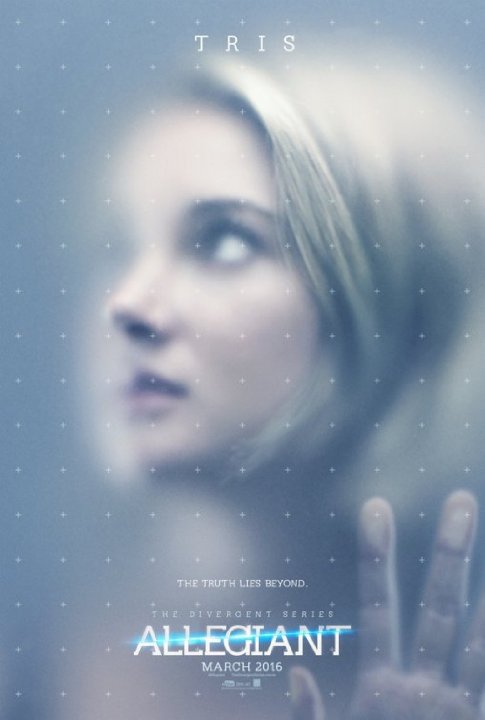 Plot: Tris and Four have escaped and made it to the world outside the fence, but their freedom is short-lived as they are shortly after apprehended by a mysterious agency known as the Bureau of Genetic Welfare. -- Chris Kavan

Haven't read the books so I don't care what they changed. Yes, there are numerous inconsistencies and plot holes big enough to drive a semi through, but I didn't think this was so terrible as it was made out. Jeff Daniels was a welcome addition and both Theo James and Miles Teller improved in my book. I still think Shailene Woodley is too detached to make that big of impact but overall it was an enjoyable, if flawed, experience.

Allegiant is unoriginal, bland, dull and a complete embarrassment to the source material that it's based on. I can't wait for these teens novel adaptations to go extinct.

Who the Hell Cares?

The 'Divergent' series was always going to be the ugly step-kid to it's more successful cinematic siblings, but I had no idea it was going to get this ugly. 'Divergent' was an entertaining (if unoriginal) two hour distraction, and 'Insurgent' was a wacky, dumb followup. 'Allegiant' is the dull third part that will just bore you to sleep. The story/plot become unnecessarily complicated when new revelations are discovered from the twist ending of the previous film. After a few very brief moments of (decent) action, we are shown a brand new world that had created the world in which the main characters previously lived. Of course, the reasonings behind the initial plan to have such a setup make absolutely no sense. The vast majority of the runtime is spent explaining this new "real" …

No posts have been made on this movie yet. Be the first to start talking about The Divergent Series: Allegiant!