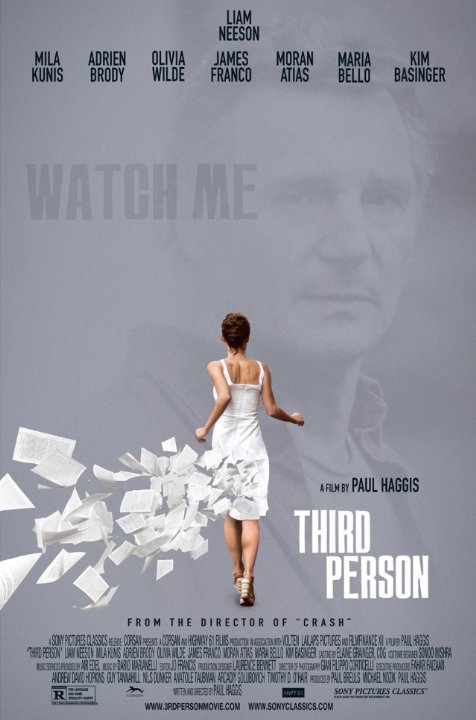 I understand that they want to give as much screen time to all the stars of this film, but man, this is so long! Very slow-paced drama that it did not interest me what would happen next, rather, think of how longer the film will run. I almost shut it down 10 minutes in.

Writing in the 'Third Person'

'Third Person' looks to be a multi-storied ensemble drama that reveals emotional connections between characters through thematic means. That is sort-of true. The connection is not the same as in the director's previous 'Crash'. Here there is more of a 'twist' of realization in the ending, which shows character commonalities without them actually affecting one another. The stories are all still self-contained. It's not completely sound, though. The general idea makes sense, but the finer details of the connections are lost. My investment was high off the start and steadily declined. The middle needlessly stretches out situations to the point where I was almost on the verge of frustration. There are three "Why won't you tell me your problem" scenarios playing simultaneously and …

No posts have been made on this movie yet. Be the first to start talking about Third Person!