The Quiet Ones Movie Information 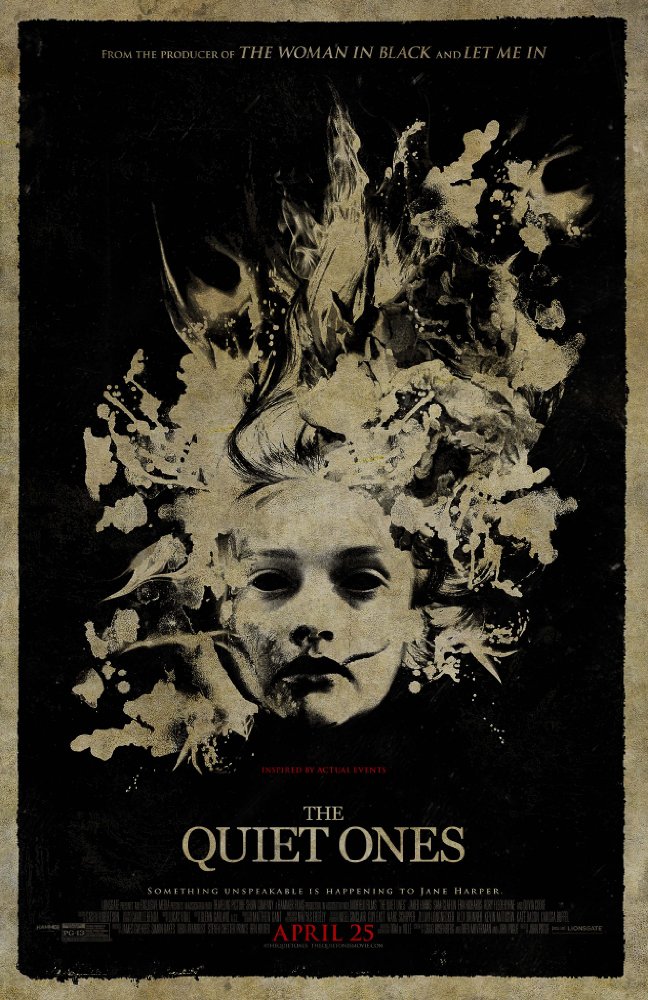 Plot: An unorthodox physics professor creates a team to take on a private experiment: using a deeply disturbed young woman, the students will attempt to conjure up a poltergeist. But as the study goes on, forces beyond their control threaten to unravel their sanity. -- Chris Kavan

Should have been called "The Dull Ones" as the film moves at a glacial pace and even with a few good moments (and Olivia Cooke, who is a welcome addition), the films slowly meanders along until it gets to a sudden, violent ending. Ideas about cults and possession come and go - but it's neither chilling nor really that interesting. I wonder if a different cut that is rumored would have been better.

Visually compelling, with some lovely effects and above average acting (for a horror film). Too bad the script left much to be desired.

If you don't like jump scares or loud noise then skip this movie or you can skip the movie if self because it is not a good movie at all. This movie is not scary just filled with annoying jump scares that ruined all the whole movie. This movie is lazy at characters and writing.

Put sound level to the max and it will scare you

"Cure one and you cure the world"

The name "Hammer Films" evokes memories of baroque horror movies from the 60s and 70s which had some influence on subsequent horrors. For a while they disappeared out of the spotlight and then reappear in 2012 with "The Woman in Black" with Daniel Radcliffe. This old-fashioned looking ghost story was a hit which brought a significant sum of $ 127 million worldwide. "The Quiet Ones" will not achieve the same goal, but despite the worn and outdated banal topic it's reasonably successful in a number of areas.

Professor Coupland (Jared Harris) is trying to prove in an unorthodox way that a possession or a form of telekinesis is caused by negative energy. He forced to continue the experiments he performed on the girl Jane Harper (Olivia Cooke) on an …

Movies I Want To See by thenoth

No posts have been made on this movie yet. Be the first to start talking about The Quiet Ones!