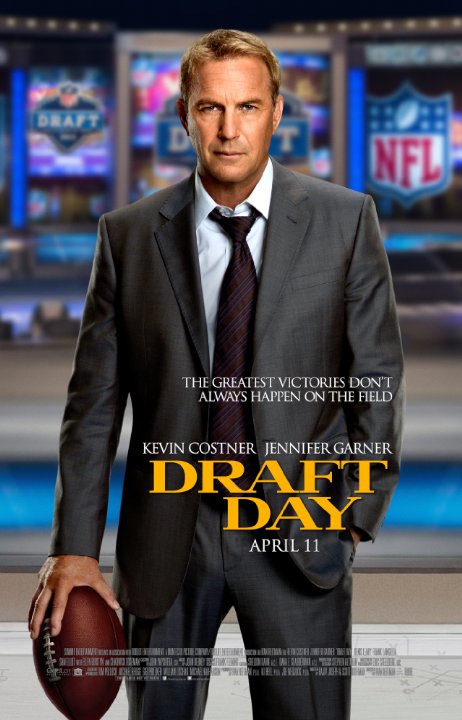 Plot: The General Manager of the Cleveland Browns deals with issues - both personal and professional - as he struggles to gain the #1 draft pick for his team. -- Chris Kavan

Reading many reviews about how boring this film was, I have to say, I thought, overall, it worked out well. The biggest mistake was shoe-horning in the relationship between Costner and Garner - stick to football (and the pressure draft day brings to everyone - coaches, players, owners). It's not Moneyball, but it was interesting to see the film's take and all the backroom deals and talk that go on. No, it's not the most exciting movie ever, but I thought it got the job done.

I don't even like football but I like the energy and the enthusiasm that it cultivates among friends, family, and complete strangers. Draft Day plays off that very well in order to sell its sometimes schmaltzy take on the ever-reliable "Grand Hotel" narrative. The thread tying all these subplots together is the Cleveland Browns' general manager Sonny Weaver Jr. (Kevin Costner) as he juggles professional and personal issues on-you guessed correctly-Draft Day. The supporting cast is solid with the standouts being Jennifer Garner, Chadwick Boseman, and Denis Leary who really revs up on the sleaziness.

Wow american football never looked so boring. On the day of the NFL Draft, general manager Sonny Weaver (Costner) has the opportunity to save football in Cleveland when he trades for the number one pick. This movie has a good cast and Kevin costner was good in the movie, but the movie is not my thing and the movie is kinda boring for me.

No posts have been made on this movie yet. Be the first to start talking about Draft Day!