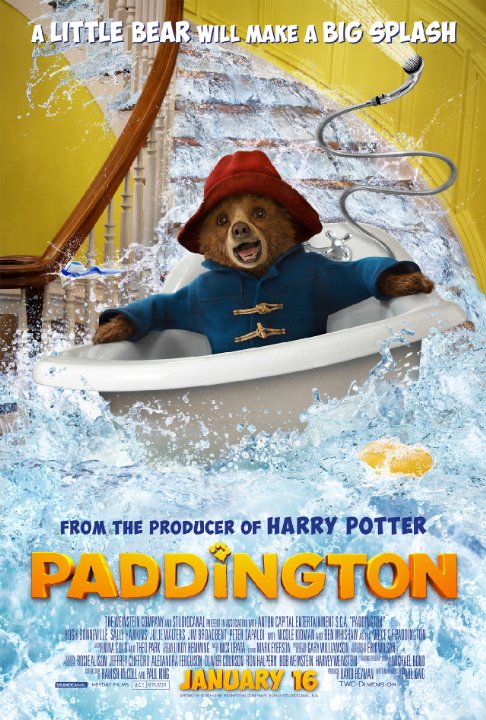 Plot: A Peruvian bear who loves all things British, travels to London only to find himself overwhelmed at Paddington station. Lucky for him, the Brown family discovers him and offers a temporary haven. But he also catches the eye of a museum taxidermist, who is determined to add the rare bear to his collection. -- Chris Kavan

A Standard for Today's Children's Films

I had no intention in seeing 'Paddington' based on the trailer. I thought it was another cash-grab movie based on name recognition of a children's brand. Boy was I wrong. 'Paddington' shows just how to take a literary character with minor popularity and make a worthwhile adaptation. The story does follow formula to a 'T', but the events play out in more entertaining fashion. This is a prime example in how to properly make a film that is 100% appropriate for the youngest children, while also making the experience enjoyable to all other ages. The humor, characters, and clever visual touches have a whimsy charm about them. This is especially true for Paddington himself. He's so likable and warmhearted that it becomes impossible to stop smiling. I like all of the small moments that …

Have you seen the trailers for that Paddington movie? Doesnât it look crummy? IT looks like the Disneyâs Country Bears movie if George Lucas vomited CGI all over it. The movie is kind of financially flailing domestically, and that seems at least partially due to the marketing massacre that was induced upon it. People have been avoiding it to some extent, and I canât really blame them.

Paddington is not at all the movie that I though it was when I saw the trailers; itâs actually a legitimately funny and charming family film that is, in many ways, far superior to Disneyâs latest super-popular animated efforts. If you have kids, this is almost a must-see; itâs the rare kidsâ film that parents will laugh at just as much as their offspring.

No posts have been made on this movie yet. Be the first to start talking about Paddington!