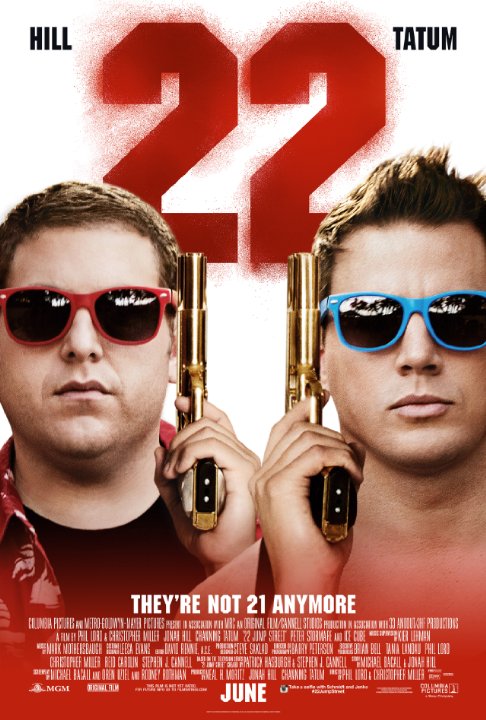 It works with the same qualities as "21," even if it doesn't try to add anything new.

Fun action! Jonah Hill and Channing Tatum didn't lose their entertaining on-screen chemistry. The closing credits were so much fun and interesting, hoping they can do until 2121 Jump Street. Lol

wow I. went to see this and oh my god I don't think I have been this happy with a comedy sequel ever I loved every second of it full of laughs and adventure I can't think of a real reason not to go see this funny as hell I would recommend this to anyone"14 and over " if u like the fist one then wow are u in for a big treat I am sooooo happy I saw it wouldn't have changed a thing highly recommended even if u didnt really like the first one this one was a little funnier than that I think I am going to shut up now just see it ok

'21 Jump Street' was an unexpected surprise. I didn't know it would be flat-out hilarious, and that I'd end up loving it. I even declared it the funniest comedy of 2012. The same can be said for this sequel. I enjoyed it every bit as much as the first! The self-awareness is even more prevalant the second time around. The film mocks the idea of re-hashing old tropes for sequels, while unashamedly reveling in it. Even though the basic story outline is about 2/3 copy and paste of the original, it still doesn't feel like a complete retread. All new jokes, with some callbacks to the first, had me laughing out loud from start to finish. Hill and Tatum continue to impress as a comedic duo. The furthering of their character's rapport is a perfect send-up of the male 'bro-mance' …

Just as Good as the First

Despite its own constant insistence to the contrary 22 Jump Street is not the âexact same thingâ as its predecessor. Donât get me wrong the two movies are very similar, but this second (and hopefully last) installment is able to separate itself out and become just as good, if not better, than the first.

The movie does hit a lot of the same plot points as the last one. It opens up with a montage that leads into a silly action sequence with some no-name bad guys who turn out to be important to the plot. Thereâs a comedy chase sequence near the end of the second act that tailspins our characters into the final parts of their respective arcs. With the exception of the very different 3rd act and an added subplot with Ice Cube, the story structure is almost exactly the …

No posts have been made on this movie yet. Be the first to start talking about 22 Jump Street!