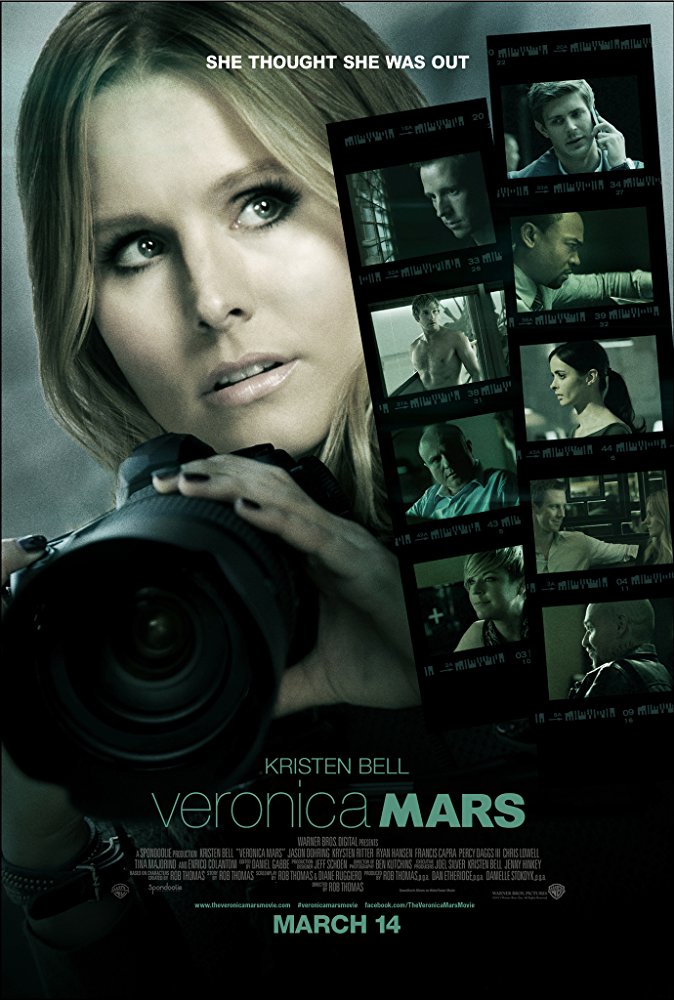 Plot: Teen sleuth Veronica Mars has long since given up the P.I. business and is looking forward to a career in a law firm. But the upcoming ten-year high school reunion will see her return to home town Neptune where fortune will give her another chance to put her skills to use on another case. -- Chris Kavan

The movie version adapted from the cult television series lives up to expectations: compelling storyline with smart and witty dialogue and strong performances from Kristen Bell and Enrico Colantoni.

I went out on a blind limb to see this movie, having never seen the television show it originated from and not knowing a single thing about it besides some of the actors present. It was a good decision on my part. The film continues ten years after the show and it did a great job on getting me caught up with the story. I'm still fuzzy on character names and relationships, but that's not the focus here. This is an involving murder mystery filled with smart characters and snappy dialogue. There's a great balance to the drama and comedy. I felt a real sense of danger, at times, and laughed out loud at several jokes. The experience has made me want to watch the show. That's a huge credit to the film.

No posts have been made on this movie yet. Be the first to start talking about Veronica Mars!