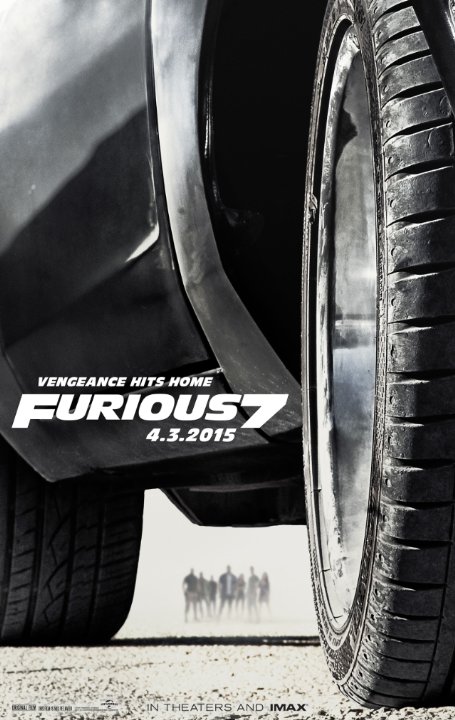 Plot: Following the death of his brother at the hands of Dominic Toretto and his eclectic crew, the cold, calculated Ian Shaw vows vengeance - and no one is safe from his reach. -- Chris Kavan

James Wan's "Furious" sequel is definitely watchable, however just way too unbelievable for its own good. As funny as it sounds when critiquing a "Fast & Furious" picture, it really is the case when a car tumbling down a rocky mountain doesn't merely scratch the human being inside of it. These sequences offer good, throwaway entertainment but completely rips the possible tension and suspense out of the sequence. Instead of being on edge and gripping my seat, I kept thinking, "damn, that must have been expensive!" The character interactions are as good and entertaining as ever, and Paul Walker's sendoff is handled well and with impeccable care. I just wish the film was actually as exciting and thrilling as it should have been.

The movie that Street Fighter should have been!

James Wan takes the rein of the franchise from Justin Lin who single-handedly brought Fast and Furious back from the brink of direct-to-video hell. And he does not disappoint in upping the ante as far as entertainment value goes. Taking stylistic cues from '70s revenge flicks and James Bond movies, Furious 7 begins with one slam-bam action setpiece after another in another globe-trotting adventure.
This time, the gang of street racing rogues are targeted one by one from a fearsome assassin (Jason Statham literally having a blast) after dispatching his equally villainous brother in the last installment. They enlist the assistance of a beautiful hacker and a shadowy government agent to stay alive long enough to avenge their fallen friends.
First off, the direction of the action and the …

Not Quite as Fast but a lot More Furious

This is not the best of the franchise. But it is definitely far from the worst. In fact, I'll put it in 2nd right behind Fast 5. If you are walking in to these movies expecting realistic action and a good story you are going to be very disappointed. These movies are just here for you to be able to shut off your brain and enjoy a fun action filled franchise that makes little sense. That's why I enjoyed this movie. It was stupid but fun. It was enjoyable but not complicated. It was a good way to use up a few hours and enjoy it. Should this be the last movie? Maybe. But it won't be and that's ok. We don't need Paul Walker to keep this franchise afloat. We just need Vin Diesel. This movie has its flaws just like any other movie. I wish they would have used Hobbs a little more. And the Ronda …

Obviously faster, more action and darker than its previous installments. Dominic Toretto (Vin Diesel) and his team are assembled again: Letty (Michelle Rodriguez), Roman (Tyrese Gibson), Tej (Ludacris) and Brian O' Conner (Paul Walker). The dangerous Deckard Shaw (Jason Statham) avenges the death of his brother by killing Han and has plans of getting the "God's Eye" in which Mr. Nobody (Kurt Russel) is very interested in. The acting more solid, jokes still hilarious and the pacing of the story just right. The only thing keeping this picture from perfection was the realism. It's unnerving to see our leads fall of buildings and mountains and recover (or even survive for that matter) and the stunning scenes of cars going thru buildings. The visual effects and stunts were just …

No posts have been made on this movie yet. Be the first to start talking about Furious 7!