The Haunting in Connecticut 2: Ghosts of Georgia Movie Information 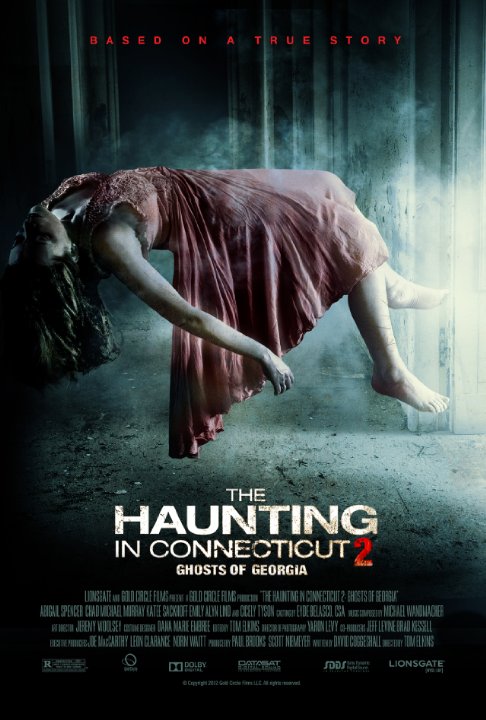 Plot: The Wyrick moves into a new house with ties to the underground railroad. But soon after moving in, strange figures begin to appear to four-year-old Heidi - and things soon spiral out of control for the family. -- Chris Kavan

The first Haunting in Connecticut was a straight-up haunted house film was some decent effects but a warmed over story. While this film is billed as a sequel - it's more of a stand-alone story with the name attached. In this case, we're not following a haunted house but rather a haunted family - as many of the women can see spirits of the dead.

The women in the film drive the story - Abigail Spencer is the matriarch, Lisa Wyrick, who stills sees vision of her own dead mother while her daughter Heidi (Emily Alyn Lind) is starting to have visions of her own. Her spunky sister Joyce (Katee Sackhoff of Battlestar Galactica fame) also experiences the same phenomena. When the family moves into a new historic Georgia home - they open Pandora's box with the previous owner Mr. Gordy appearing …

No posts have been made on this movie yet. Be the first to start talking about The Haunting in Connecticut 2: Ghosts of Georgia!