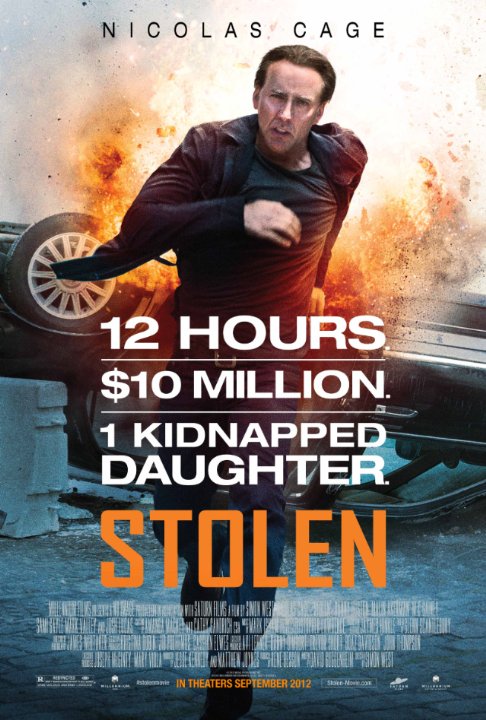 Plot: Ex-thief Will Montgomery, just out of prison, must race against time when his ex-partner kidnaps his estranged daughter and demands $10 million he thinks Montgomery has hidden. -- Chris Kavan

Nicholas Cage is backâ¦this time he plays Will Montgomery, a skilful bank robber who is being pursued by the FBI when a superbly planned robbery goes wrong and Nick is caught. 8 years later he comes out of jail with only one thing on his mindâ¦that is to see his beloved daughter Alison. But his gang wants their share of the money and will kill her if Nick does not come up with the cash within twelve hours. Only problem is Nick does not have the ten million dollars. He burnt it all up to avoid been caught with the evidence in his possession. Josh Lucas plays Vincent, the bad guy with lots of missing body parts and Malin Ackerman is Willâs beautiful accomplice. Your typical Cage-related action-packed flick.

No posts have been made on this movie yet. Be the first to start talking about Stolen!