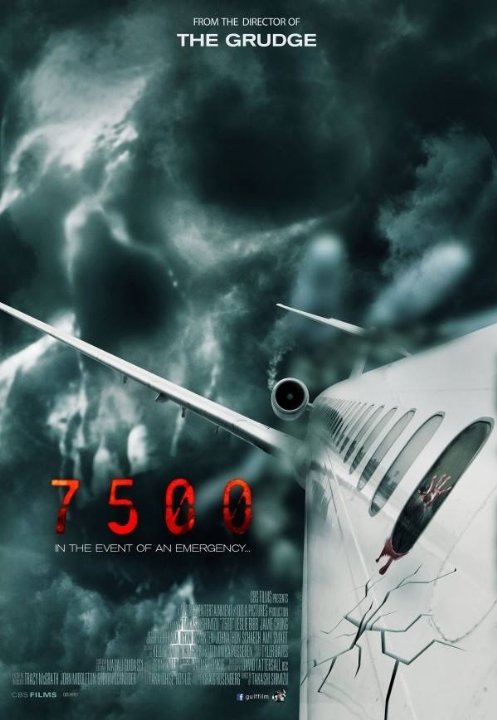 Plot: A couple and their friends embark upon a trip to Japan when their plane is taken over by supernatural forces. -- Chris Kavan

All in all this was an okay movie with a below average ending. I had very high hopes for this movie and came away feeling hugely disappointed. The actors did a good job but there was so much more that could have been done that script.

Flight 7500 is directed by Takashi Shimizu - whose name many might not recognize, but he is the man behind Ju-On: The Grudge as well as American remake. Back in the early 2000s, there was quite the influx of Japanese horror (The Ring, The Grudge, Dark Water, Pulse and many more) that spawned (usually) inferior American remakes. I think one of the reasons The Grudge films held up better was that Shimizu was involved. Which brings us to Flight 7500.

Originally scheduled for release in 2012 (as simply 7500) and boasting a decent cast with Amy Smart, Leslie Bibb, Ryan Kwanten, Jamie Chung, Scout Taylor-Compton and Christian Serratos among others, the film was hit by delays and didn't really get a proper U.S. release (though it did have some international debuts). I won't speculate as to …

No posts have been made on this movie yet. Be the first to start talking about Flight 7500!