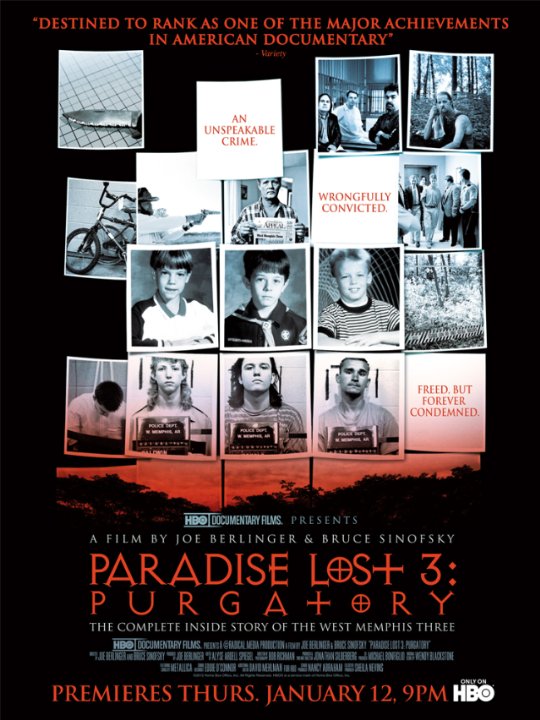 Plot: The third documentary about the "West Memphis Three" following Paradise Lost: The Child Murders at Robin Hood Hills and Paradise Lost 2: Revelations. Filmmakers Joe Berlinger, Bruce Sinofsky continue to fight for the releases of Damien Echols, Jessie Misskelly, and Jason Baldwin as new DNA evidence surfaces that could clear their names once and for all. -- Chris Kavan

Best Documentary of the year this is the best crime/court story that i ever saw in any fiction/nonfiction movie. Absolutely Astonishing

Four-Star Films (in no particular order) by Jase

No posts have been made on this movie yet. Be the first to start talking about Paradise Lost 3: Purgatory!