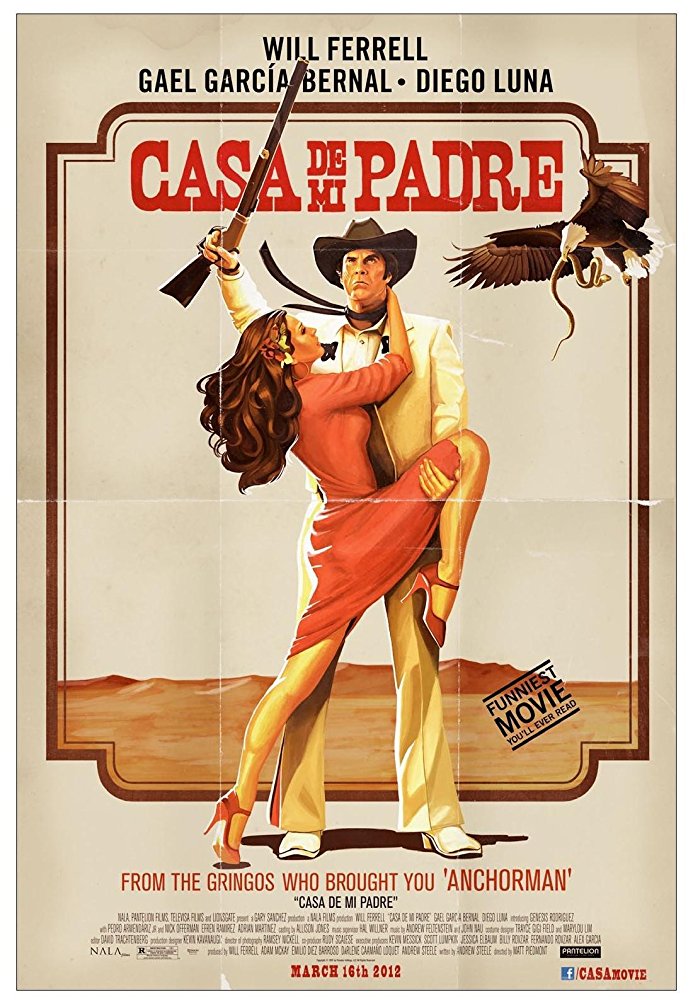 Plot: A man has worked on his father's Mexican ranch all his life, but financial troubles mean he may soon have to give up on the property. Luckily his younger brother and fiance arrive, and his success as an international businessman seems to solve the issue - but shady dealings, not to mention his attraction to his fiance, put both on a collision course with each other and an infamous drug lord. -- Chris Kavan

Honestly, I'm utterly speechless. This won't be much of a review because I don't know what to say about it. It's a mash-up of old spaghetti westerns and a Tarantino movie, but if someone with a comedy background made it. Favorite scene, the model of the town, that was clearly a model, and the car being pushed down the road by a stick.

Movies I will NEVER Watch by Robert

No posts have been made on this movie yet. Be the first to start talking about Casa de mi Padre!