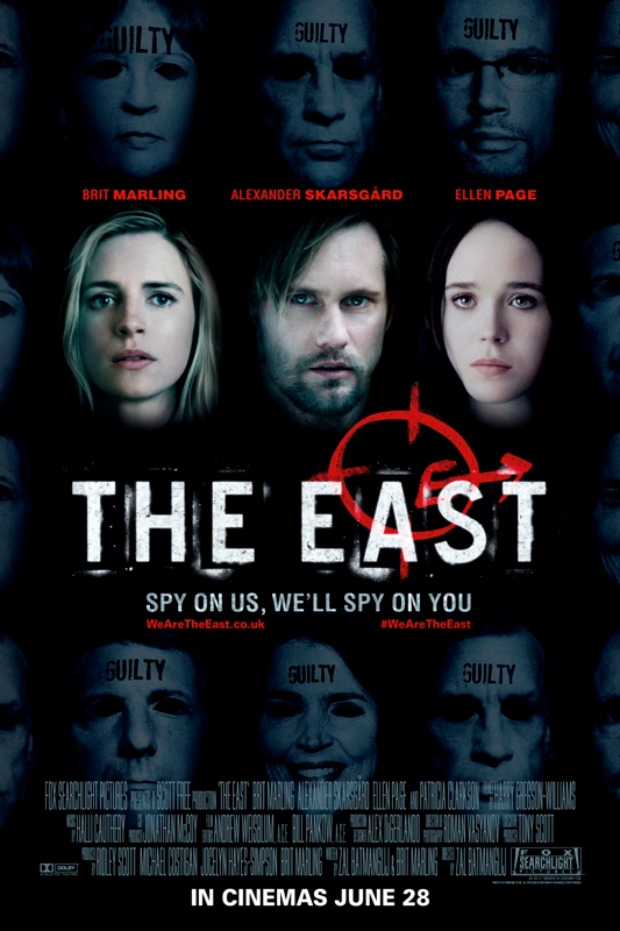 Plot: A woman who makes her living infiltrating various groups for a private intelligence firm finds her priorities irrevocably change after being tasked with joining an anarchist group known for targeting major corporations. -- Chris Kavan

'The East' boasts some of Brit Marling's best work, both as an actor and writer. This political thriller sets out to entertain and impose some morally ambiguous questions. By keeping the plot extremely tight and fast paced, we never loose focus on our main protagonist's undercover mission to infiltrate this seemingly cultist (terrorist to some) branded group. The sustained tension compliments the dramatic scenes so evenly. As we dive deeper into The East, it becomes harder to distinguish the true nature of their goal. This is played out perfectly between the characters in the group. The ending is satisfying in the way in which it leaves more up to the viewer's own decisions.

The plausibility within The East's story is a frightening one. But director Zai Batmanglij smartly avoids an obvious propaganda film, instead making a thrilling, suspenseful, unpredictable, and compelling drama. Another plus is that it never loses sight of the human element. Featuring a great cast including Ellen Page, Brit Marling, Alexander Skarsgard, Patricia Clarkson, Shiloh Fernandez, and especially Julia Ormand who has about 6 minutes of screen time but is haunting nonetheless. This is easily one of the best films of the year. Don't let it pass you by. And it may be fiction, but it's scary to think how true this could all be and probably is happening in this day and age.

No posts have been made on this movie yet. Be the first to start talking about The East!