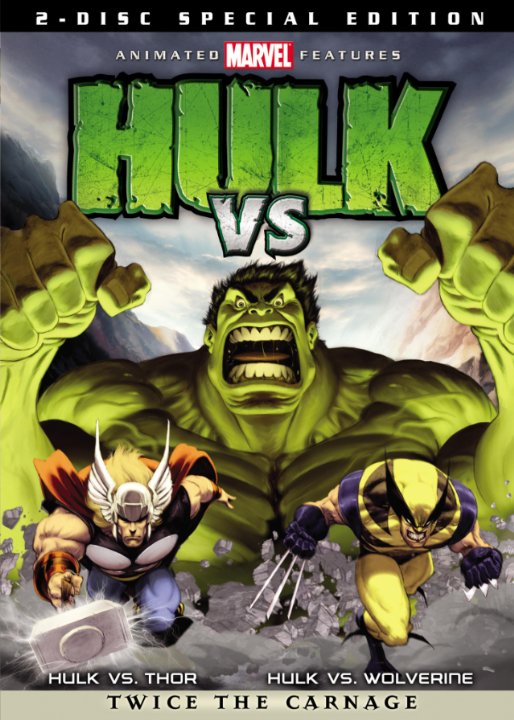 Plot: The protective forces surrounding Osgard depleted as Odin lies in a regenerative slumber, mischievous trickster Loki takes advantage of an opportunity to defeat his powerful stepbrother Thor by pitting him against The Incredible Hulk, the only creature capable of destroying the mighty hero who has fought in all nine realms.

Two shorts revolving around battles. One between Hulk and Thor, and the other between Hulk and Wolverine. The surrounding narratives only serve as reasoning for the heroes to brawl. They are both logical from the comic history of the characters. In each story, there's an agenda to establish the fact that the two opponents combat because of a misunderstanding by intervening villains. Personally, I could do without this. Why can't they fight over one wronging the other, or just for sport? But they have to both be heroes in the end, I suppose. A minor complaint. The characters are represented properly, the animation is fluid, and the action more than pleases.

No posts have been made on this movie yet. Be the first to start talking about Hulk Vs.!