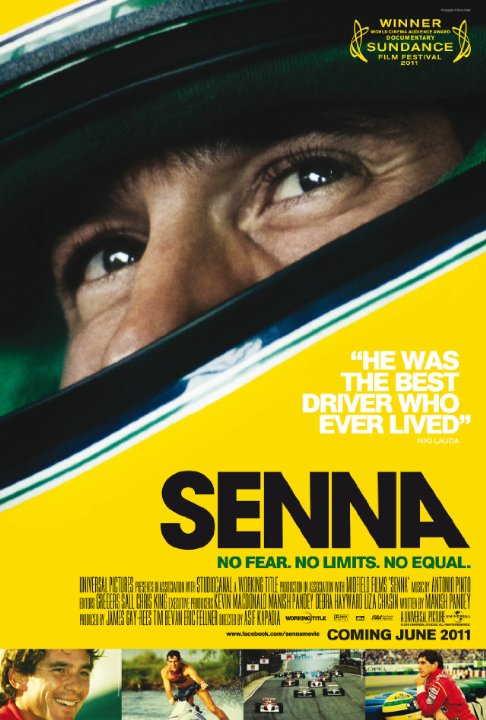 Plot: A documentary/biography of Formula One legend Ayrton Senna, who became a global sensation, and a revered man in his native Brazil, before meeting a sudden, tragic end at only 34 years of age. -- Chris Kavan

A documentary or biography of Formula One legend Ayrton Senna, who became a global sensation, and a revered man in his native Brazil, before meeting a sudden, tragic end at only 34 years of age. I always like like when I a Documentary I start to do research on that one person and this movie hit it in the spot.

I would have liked a little more information on Senna the man rather than a history of F1 racing in the late 80s-early 90s, but the man had a gift. Race fans will probably get a lot more out of this documentary. It wasn't bad necessarily, just not as in depth as I was hoping.

Senna is a documentary based around the career of Ayrton Senna, regarded by many as the greatest racing driver who ever lived. It is very much based around his exploits on the track, his private life getting little in the way of screen time, but I suspect that this is a true reflection of an obsessive perfectionist and competitor who lived for his art. My interest in motor racing can best be described as "passing" as I find F1 today a sport in which robots are driven by robots, but the drama provided by the intense and bitter rivalry between Senna and Prost and the interaction between the men and their machines is in sharp contrast to what the sport has become in the wake of Senna's death. There's some thrilling in car footage of the man in action and I personally would have preferred to …

I am not sure why they are making this movie?