What to Expect When You're Expecting Movie Information 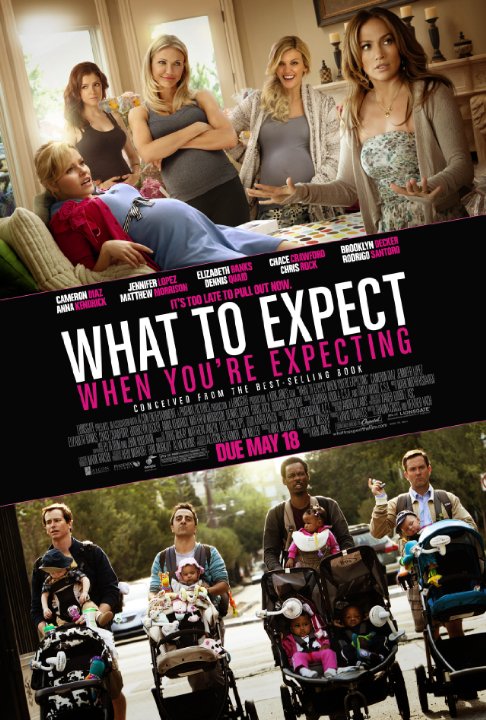 Better than i expected it to be. The trailers make it seem like a goofy movie about dumb husbands, and it's not at all. The movie does a fairly decent job of giving us different views and experiences that can occur when a woman is pregnant (or unable to in one case). The movie avoided a huge pitfall by not being preachy. All in all, I found that the movie held my interest, and at certain points actually made me feel for certain characters. If you got the time, and it's a matinee showing, you and your long term (key on long-term) partner may actually enjoy yourselves for a few hours.

As I write this, Gwynn is expecting our first child in December. It didn't make the movie any worse and may have made it a bit better. It was not horrible though many of the funny scenes occurred in the trailer. I can't recommend this movie but see it if your wife is preggers or if you must on date night. Otherwise, skip it.

What to Expect When You're Expecting review

Not sure about the fad of bringing in popular celebrities to be on a film, which in this critics mind must have emanated from Love Actually. A story of 5 couples, 4 of which who had a baby. Holly (Jennifer Lopez) plans of adopting, Jules (Cameron Diaz) hosts a weight-loss fitness show, Rosie (Anna Kendrick) experiences problems, Wendy (Elizabeth Banks) runs a boutique, and Skyler (Brooklyn Decker) will have twins. Realism of the premise was somewhat accurate since this reviewer has a kid of his own, through on the picture some were just exaggerated. Lacks better character development because of the loaded cast and impossible how everybody got pregnant and connected in some way. Quaids character was too superficial and irritating. Interesting lines - "Making a human being is really …

No posts have been made on this movie yet. Be the first to start talking about What to Expect When You're Expecting!