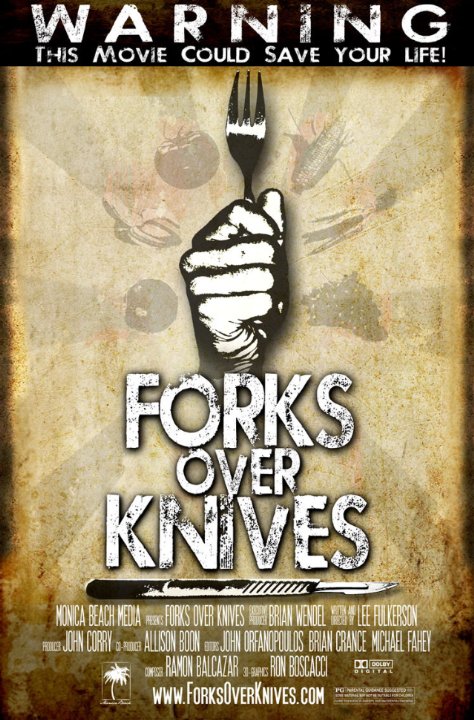 Plot: Lee Fulkerson presents this documentary examining the claim that if we eliminated animal-based and processed foods from our lives, it would nearly eradicate or even reverse, the vast majority of degenerative diseases that are prevalent in society. -- Chris Kavan

There are lot of convincing elements to this documentary, which advocates for a mainly vegan lifestyle, backed up by some interesting statistics and interviews. It sidesteps the need to be entertaining (as other filmmakers of the Spurlock and Moore era often indulge), but that doesn't mean it isn't pretty fascinating.

A documentary that gives you, pardon the pun, food for thought. I'm not saying I'm going full vegan or anything, but you can make the argument the world would be a lot better place is so much emphasis wasn't placed on dairy and meat.

Documentaries to watch by Mike

No posts have been made on this movie yet. Be the first to start talking about Forks Over Knives!