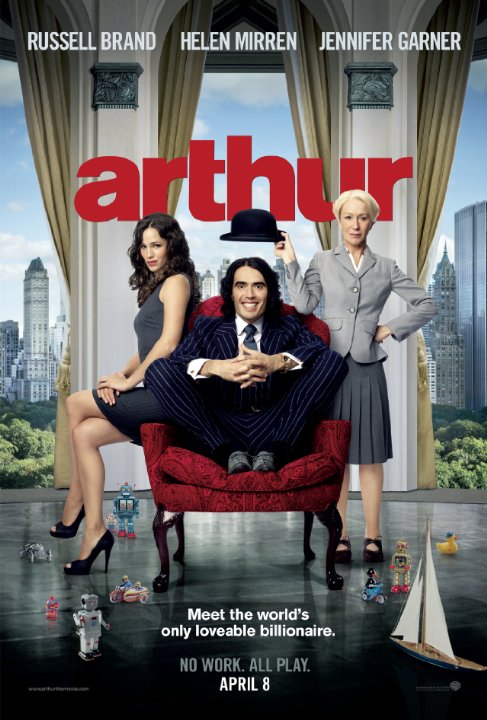 Plot: Remake of the 1981 comedy with Russell Brand in the lead role: A drunken playboy must choose between love and money when he falls for a woman that his family disapproves. -- Chris Kavan

This was a good movie. I really enjoyed Russel Brand's character. It is a fun movie. Definitely would re-watch.

This is a great movie. Arthur makes my inner child jealous. He does everything I want to do......Russell Brand at his VERY best.

Saw it yesterday and let me say it was Simply Amazing loved it would recommend it to any one who likes comedy.

Sorta Unpleasant, But Definitely a Good One

Arthur (Russell Brand) is the sole heir of a billion-dollar company. Living in a luxurious life, immature is he. His fortune and his loving and caring nanny Hobson are the only things he leans on. Until he falls in love on a woman his family doesn't like, he then have to choose between wealth and the universal emotion called love.

***
First and foremost, I didn't expect so much from this from the start, but it caught me completely when the unexpected drama came into the scene. This movie depicts how much love can change someone's outlook in life. Also, the contrast between money and wealth was great.

I also want to mention the great screenplay of this film. A great literature for me.

Nice, it was a good film.

Movies I Want To See by atinnin

No posts have been made on this movie yet. Be the first to start talking about Arthur!