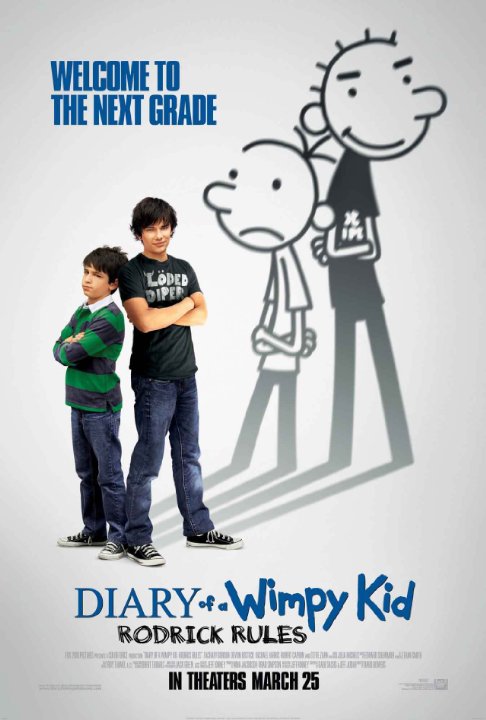 Plot: Based on the best-selling series by Jeff Kinney, as Greg enters the 7th grade his parents encourage him to bond with his older brother Rodrick, who happens to be his biggest tormentor. -- Chris Kavan

This movie was so funny and so much fun to watch I have to give this rating.

The son and i love these films as he introduced me to them after he read and collected all the books in the series. I found this to be a nice family type film!

I didnt care to much for the 1st movie or this 1 either but Diary Of A Wimpy Kid: Rodrick Rules is an improvement over the 1st.This movie had more to then the 1st & I didn't find the characters as annoying

No posts have been made on this movie yet. Be the first to start talking about Diary of a Wimpy Kid: Rodrick Rules!