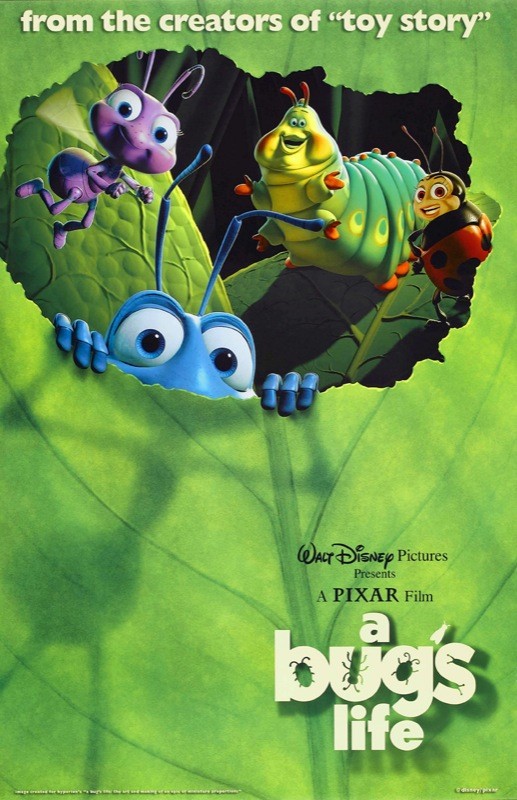 Plot: Each year the ant colony makes "the offering" to the intimidating grasshoppers, until misfit Flik dumps it in the river. The grasshoppers give the ants one more shot, but Flik vows to find other bugs to help stop them... and ends up with a bug circus instead. -- Chris Kavan

I would love it if Pixar made a sequel to this movie! I'm serious! Just sign my petition at: http://www.gopetition.com/petitions/make-a-disney-pixar-sequel-a-bugs-life-2.html

Unfortunately 'A Bugs Life' is a PIXAR movie that is always compared to the greats (Toy Story 1-3; Up; Monsters Inc.). Alone this movie is great. It has all the elements that children and adults love.It is very funny and creative with attention to fine details.

An excellent cast in a movie that is excellent for children, but a little boring for adults.

The computer animation is very well done, down to the smallest detail. Even though the characters are designed like typical cartoons, they are designed well.

For adults, the plot is a bit weak, but it works for children. This is a movie targeted to children

The script itself is well written and the entire cast is very believable in their roles.

This movie is typical Disney, despite the fact that it is not filled with the music Disney movies is known for. This movie doesn't need music however, the story works without songs sung by the characters.

I thought that Antz was really good because of the number of good actors, but this rival film from Walt Disney Pictures and Pixar did better business. Basically ants pick food for greedy grasshoppers, and disaster happens when Flik (Dave Foley) is responsible for ruining the offering. The grasshopper leader, Hopper (Kevin Spacey) with his gang give them till the end of summer to try and gather food again. Flik decides to leave the island, with Princess Atta's (Julia Louis-Dreyfuss) permission, to find warrior bugs to fight the grasshoppers, and to his disbelief, what he brings back is a bunch of circus clowns. These are Slim (David Hyde Pierce) the stick insect, Heimlich (Joe Ranft) the fat German caterpillar, Francis (Denis Leary) the ladybird, Manny (Jonathan Harris) the magician bug …

No posts have been made on this movie yet. Be the first to start talking about A Bug's Life!