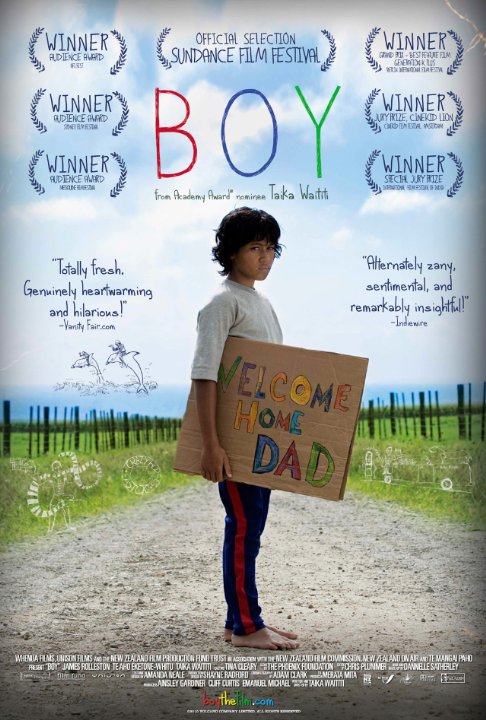 Plot: In 1984 Waihau Bay, New Zealand, lives Boy, his gran, a goat and older brother Rocky (convinced he has magic powers). With gran going away for a week, Boy's long-absent father shows up. Far from the heroic version he expected, the man is a petty, incompetent hoodlum, who has only returned to find a bag of money he left behind. -- Chris Kavan

No posts have been made on this movie yet. Be the first to start talking about Boy!